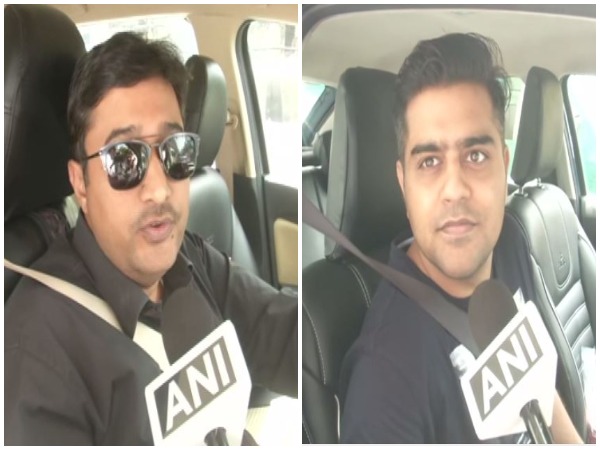 New Delhi [India], Sep 13 (ANI): People residing in the national capital on Friday gave mixed reactions to the Arvind Kejriwal-led government's decision to implement odd-even rule.
The scheme will be implemented from November 4 to November 15.
Some of the commuters lauded Kejriwal's decision believing that this move would combat air pollution and will make Delhi's air clean and reduce traffic on roads. While others said that an alternative plan should be made to counter the growing menace.

"I am happy that the government has again has introduced the Odd-Even scheme in Delhi. I will surely follow the rules and will take metro on the alternative days," a local said.
"Last year, traffic was reduced at major junctions and the air also got comparatively cleaner. It is a good move by the Delhi government," said another resident of Delhi.
"I have a CNG car, so I do not have a problem. But, it is high time that the government must come out with an alternative plan. Each year, they introduce this scheme. They should look for a permanent solution," said a driver of the four-wheeler vehicle in Delhi.
Chief Minister Arvind Kejriwal on Friday announced that the odd-even vehicle rationing scheme will be implemented in the national capital after Diwali.
A flagship scheme of the AAP government, aimed at combating pollution, was first implemented in 2015.
While making the announcement, Kejriwal said that smog from adjoining states due to the burning of stubble is the major cause of pollution in Delhi and odd-even is one among the slew of measures that Delhi government will take to deal with the problem.
"On 2 and 3 November, there is Saturday and Sunday. Odd-even will be implemented from November 4 to November 15. Studies show that it reduces pollution by 10-13 per cent," said Kejriwal.
The scheme entails cars with odd and even number plates to run on alternate days.
For the last few years, the national capital has been grappling with smog every winter, raising health concerns. (ANI)