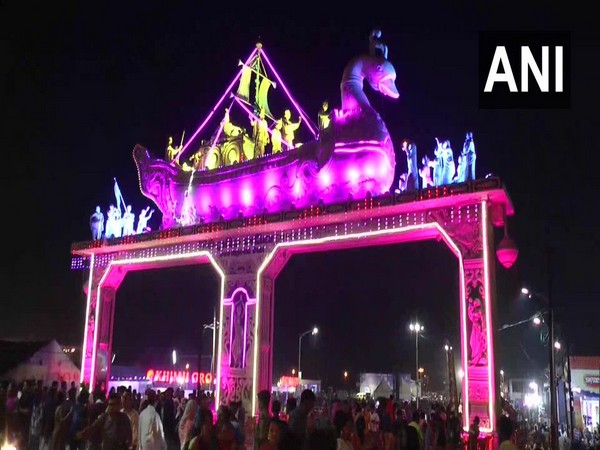 Cuttack (Odisha): The festival 'Bali Yatra', which is organised every year in memory of the rich maritime history of Odisha, was inaugurated in Cuttack on Tuesday.

The festival is organised at the bank of River Mahanadi every year to mark the day when ancient mariners from the state would set sail to the distant land of Bali, Sumatra, Java (Jawa) in Indonesia, Borneo and Sri Lanka, for the expansion of trade and culture.

Odisha Assembly Speaker SN Patra inaugurated the festival in the presence of Sidharto Reza Suryodipuro, Ambassador of Indonesia to India, who was the special invitee for the function.
For the eight-day festival more than 1,000 stalls have been put up this time, showcasing art, traditional items, household craft, food items from the state and outside the state.

Also, for the first time, the festival has a maritime corner to exhibit the model of the maritime voyage of ancient sea traders, who travelled to different parts of South-East Asia for the expansion of trade and culture.