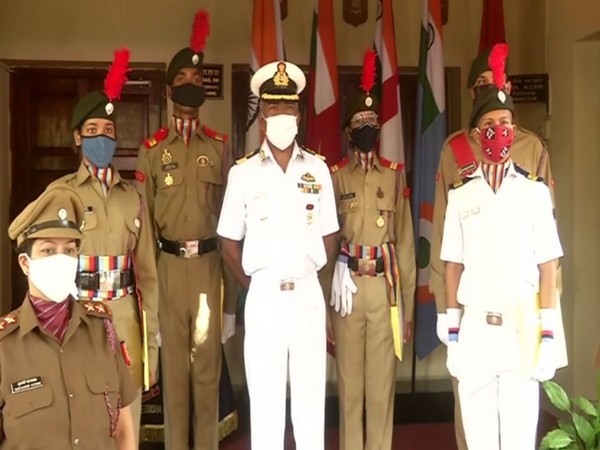 Director-General of Odisha Commodore, Shailendra Singh has felicitated and awarded cadets at headquarter in Bhubaneswar.
"NCC is a big stage and it's a great moment for me. NCC provides a platform to everyone and nobody returns empty-handed once enrolled," said a cadet, who won Governor's best cadet award.
"They have worked very hard during their training and that is being recognized by the directorate, due to which they have Governor's award and I think they will extend the message of NCC across the state and encourage more cadets to follow suit," said Shailendra Singh.
Our NCC cadets have been at the forefront of social development activities along with their training. They have taken part in several activities including deforestation, blood donation, and others.
"Due to COVID-19, only 26 NCC cadets have been selected from the state for Republic Day parade in Delhi. Earlier, the number of selection used to be 100 and so," Singh added. (ANI)