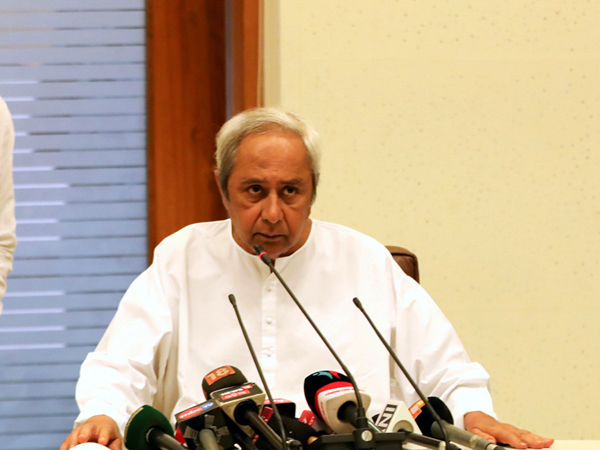 Reviewing the loss borne by farmers due to Cyclone Yaas, Patnaik said, "Agriculture Input subsidy will be provided to small and marginal farmers who have sustained crop loss of 33 per cent and above, Rs 6800 per hectare in non-irrigated areas. In irrigated land input subsidy of Rs 13,500 will be given per hectare, and Rs 18,000 per hectare for all types of perennial fruits like mango, cashew, coconut, betel etc will be provided."
According to a statement issued by the state government on Thursday, the farmers will receive a minimum subsidy of Rs 2,000 for all-season crops and a minimum subsidy of Rs 1,000 for other crops.
Farmers in the affected districts will be provided with one and a half lakh quintals of high-quality certified paddy seeds along with a 25 per cent rebate from the current rebate for the 2021 Kharif season and the rebate will be credited directly to the farmer's account through DBT.
A subsidy of Rs 20 crore will be provided in the Cyclone affected districts for procurement of technical agriculture equipment along with the rebates, said the statement.
An incentive of Rs 15,000 per person will be provided to 125 betel cine cultivators through DBT and Rs 40,000 will be provided to 50 mushroom cultivation units affected by the storm.
Steps will be taken to expedite the preparation of crop harvest reports for settlement of claims of the affected farmers covered under Pradhan Mantri Fasal Bima Yojana, said the state government, adding that short-term loans of farmers with 33 percent and above crops damage in affected areas will be converted into medium-term loans.
According to the statement, assistance will also be provided for the loss of the livestock animals, Rs 30,000 has been announced for milk-providing cows and Buffalo while Rs 25,000 (for a maximum of three) will be provided for non-milch animal.
Similarly, Rs 16,000 for each will be provided for loss of calves, Rs 3,000 up to 30 goats / sheep and Rs 50 per chicken, a maximum of Rs 5,000 will be given to the affected farmers.
Rs 2,100 will be provided for the reconstruction and renovation of cow sheds damaged by Cyclone, it said.
Fish farmers and Fishermens affected by the cyclone will get Rs 4,100 for repairing partially damaged boats, Rs 2,100 for partially damaged fishing nets, Rs 9,600 for the construction of the boat against a fully damaged boat, and Rs 2,600 for fully damaged fishing net.
An input subsidy of Rs 12,200 per hectare and will be provided for the renovation of fish farm and Rs 8,200 per hectare for fish seed farms, said the statement.
"Many handloom and handicraft artisans have also been affected by the Cyclone. Therefore, the affected artisans will be provided Rs 4,100 for their equipment and Rs 4,100 will be paid to each artisan for damaged raw materials and finished goods," the state government said.
As per the statement, extensive employment opportunities will be created under the MGNREGS scheme to provide employment to the affected people. It will also focus on the repair and maintenance of village panchayats, playgrounds, canals, mud dams and construction of cow sheds. (ANI)