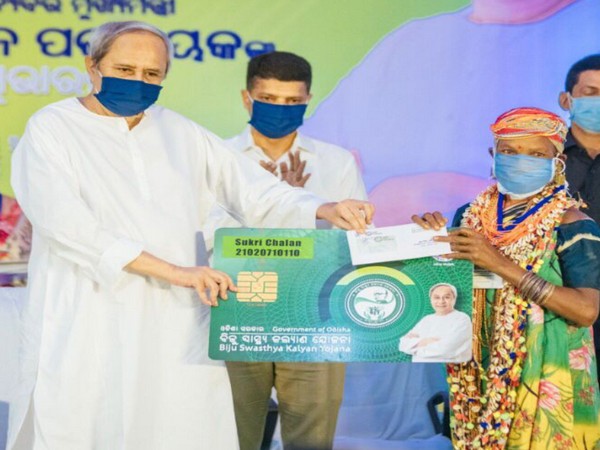 According to the Chief Minister Office (CMO), "The smart health card of the BSKY will benefit 3.5 crore people from 96 lakh families of the state. Each family can avail treatment cost up to 5 lakh per annum and women members of the family can avail the benefit up to 10 lakh every year."
Patnaik said, "Every life is precious to us, whether a farmer, labour or a rickshaw puller. Let everyone live with dignity, this is the main goal of this government with various welfare programs."
"Now people can get better treatment at 200 hospitals of the country including Odisha by holding a piece of the card without any hassle," he said.
As per the CMO, Odisha is the first state in the country to provide such facility in the health sector. This card will be provided to all the beneficiaries in a phased manner.
Speaking on the issue of the second AIIMS in Sundargarh, the Chief Minister said, "The state government would continue its efforts and will further intensify its efforts with the central government to meet the just demands of the people of Sundargarh."
In addition to distributing health cards, Patnaik also inaugurated and laid the foundation stone of various development projects worth Rs 580.82 crore in Sundargarh.
The Chief Minister has announced, Smart Health Cards on the occasion of Independence Day this year. Earlier on August 20, he first launched the distribution of smart health cards from Malkangiri. (ANI)