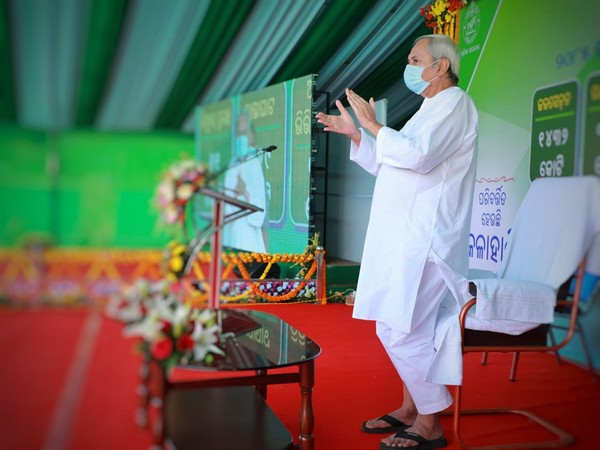 Patnaik inaugurated 54 projects and laid the foundation stone for 52 projects.

"Some people were trying to turn Kalahandi into a laboratory of Poverty but the concerted efforts of my Government have turned it to be a model of development in the entire country," said Patnaik while addressing a meeting at Kanakpur in the Jaypatana block of Kalahandi District.
Praising the Kalahandi's contribution to agriculture, he said Kalahandi, which is said to be the 'geography of hunger', has now become a 'Rice bowl'.
"While Kalahandi is the second-largest rice producer in the state, it is also supplying rice to the country's public distribution system. The Kalahandi alone is supplying as much rice as the 10 states supplying rice to the central treasury. All this is possible because of the strong willpower of the farmers and the people of Kalahandi," he said.
Patnaik asserted that Rs 1,200 crore has been disbursed directly to the bank accounts of the farmers of Kalahandi.
"Irrigation facilities have tripled. Kalahandi has become the best performing district in the country in health and nutrition. It also has the status of the best district in the country in terms of fish farming," he said.
Patnaik stated that the infant and maternal mortality rates, which were 76 and 432 in the year 2000, have drastically improved due to strategic intervention of the state government.
"Today, the rate has dropped due to the special program of the state government and we have been able to save the lives of a large number of children and mothers," he said. (ANI)