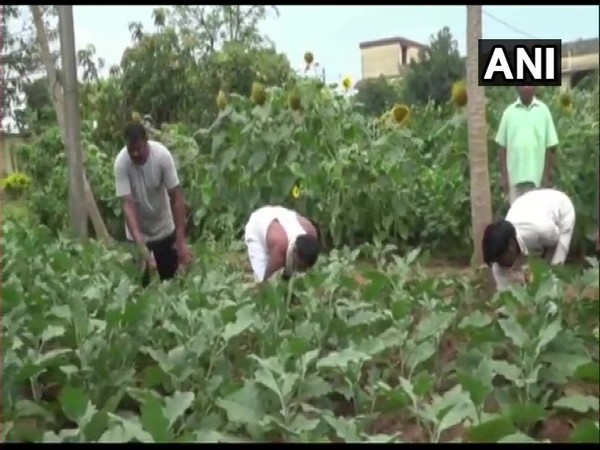 Nayagarh (Odisha) [India], June 30 (ANI): A portion of Nayagarh sub-jail in the stony hilly area of Odisha has been converted into a vegetable garden where inmates grow and cultivate vegetables like brinjal, onion, spinach, cucumber and turmeric.

According to the Nayagarh sub-jail superintendent Umesh Chandra Balbantaray, the frontman of the initiative, being convicted affects the inmates psychologically.
By engaging in the vegetable garden, they are stimulating their minds and have an incentive to take care of their well being, he added.
So far this year, the Jail authority has deposited over one lakh rupees in the government's treasure, owing to revenue from the vegetable garden that was sold in local markets in the town.
"For us, it's not really about the revenue. I'm just happy that convicts are engaged in productive activity. Each person here has an individual savings account and their earnings are gathered in their passbooks, which greatly benefits their families too," said Balbantaray, who was appointed at the jail over a year ago.
He further added that after the inmates are released from custody, they would be capable of earning for themselves and would also have some money saved up to restart their lives. (ANI)