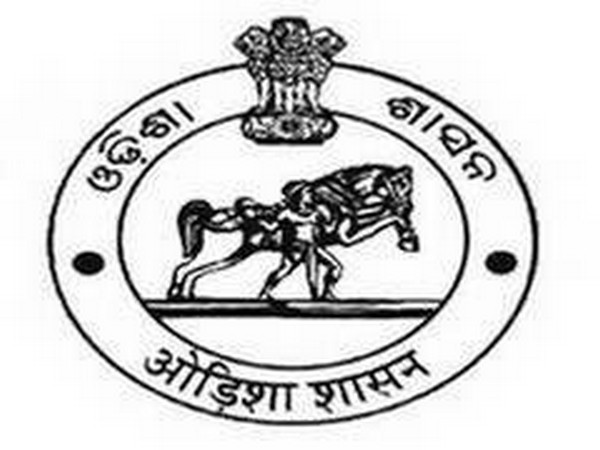 Bhubaneswar (Odisha) [India], July 21 (ANI): Beating all adversities of the shutdown and lockdowns caused by COVID-19, the revenue generation from Odisha's own sources by end of June grew to Rs 17,656.70 crores against last year collection of Rs 8,307.54 crores during the same period, marking a growth of 112.54 per cent.

Odisha has enhanced its revenue generation by end of June this fiscal year because of the application of 5-T principles and prudent policies in financial management, said State Principal Secretary Finance Ashok Kumar Meena.
The revenue generation from own-tax sources grew by 74.66 per cent. The total revenue collection from own-tax sources up to June, 2020 was around Rs 4,601 crores, which grew up to Rs 8,036 crores by June. 2021.
Similarly, the non-tax revenue up to June, 2020 was around Rs 8307.54 crores which grew to Rs 9621.16 crores by June, 2021 thereby recording a growth of 159.55 per cent over the previous year. This non-tax revenue growth was assigned to robust system of revenue collection developed in the Steel and Mines department.
Keeping pace with the revenue generation, Meena said there was also significant growth in budget utilisation during the month of June.
Total expenditure till the end of June, 2021 was Rs 25,194 crores which was 24.29 per cent more than the last year. The total expenditure up to June, 2020 was of Rs 20,269 crores. The total programme expenditure till June, 2021 was Rs 13,107 crores which was 55.62 per cent more than the programme expenditure during the same period of last fiscal.
Taking a review of the department wise fiscal performances, Chief Secretary Suresh Chandra Mahapatra directed the departments to speed up capital expenditure under different programmes for keeping up with the higher growth rate.
He emphasised on working out of high impact new capital intensive projects for funding in medium term.
He directed Principal Secretaries and Secretaries of different departments to closely monitor the progress of the projects under district mineral fund (DMF) and Odisha Mineral bearing areas development corporation (OMBADC) along with the livelihood enhancement projects and schemes during the current year.
The Chief Secretary further instructed the departments to focus on preparation of the digital assets register for management and maintenance of the Government assets created under different departments.
Development Commissioner Pradeep Kumar Jena advised all departments to nominate responsible senior officers for coordinating with Odisha Space Application Centre (ORSAC) for preparation of the register.
The Chief Secretary also reviewed the implementation of the projects under DMF and OMBADC.
The review showed that progressive collection till May, 2021 under DMF was around Rs 13,173 crores against which around 20,372 numbers of projects estimated around Rs 14,490 crores were sanctioned in different districts. Out of the sanctioned projects, a total number of 13,132 projects were completed by end of May, 2021; and, balance projects were in different stages of implementation.
Similarly, under OMBADC Phase-II, a total number of 38 projects in seven sectors estimated around Rs 13,782 crores were sanctioned till end of May 2021. The progress of the projects was found to be in the timeline.
The Chief Secretary instructed the executing agencies and departments to expedite implementation and complete the projects before the scheduled time as the projects cater to many basic needs of the people in mineral bearing areas. (ANI)