Only those NRIs with income in India but living abroad will be taxed: Sitharaman 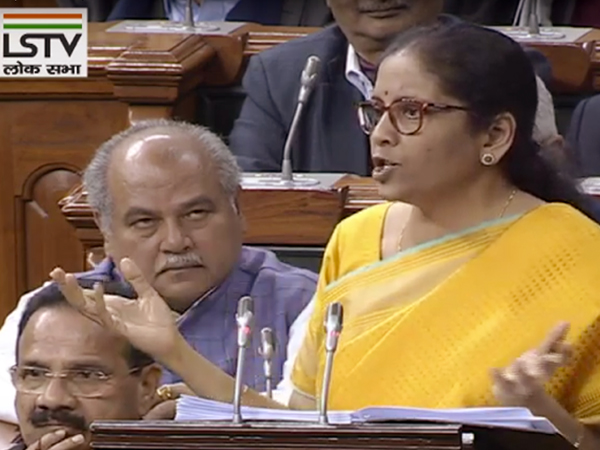 New Delhi [India], Feb 2 (ANI): Finance Minister Nirmala Sitharaman on Sunday clarified that only those NRIs will be taxed who are having income in India but are living outside the country.

"I am not taxing what you are earning outside India. If an NRI is getting rent in India and living abroad, he or she will be liable to pay tax. I am not taxing what you are earning in Dubai. But that property which is giving you rent here you may be an NRI, you may be living there but that is revenue being generated here for you," Sitharaman told reporters here.
Soon after the Finance Minister's media interaction, the government also clarified that in case of an Indian citizen who becomes deemed resident of India under this proposed provision, income earned outside India by him shall not be taxed in India unless it is derived from an Indian business or profession.
Sitharaman also gave a clarification on the new tax regime announced in the Union Budget 2020-21, which she tabled in the Lok Sabha on Saturday.
In reply to a question, she said: "Most of the people are questioning the tables, which have come up in newspapers, maybe because of us, there is definitely a lack of clarity, many of calculations in newspapers have not taken on board that set of exemptions."
The minister said that there are a few exemptions in the new system and a list of exemptions has been issued.
"I may be wrong, but I believe that many of the calculations which have come up in newspapers today have probably not taken into considerations all exemptions," she said.
Sitharaman said in the new tax system people will be taxed at the lowest possible rate and will still benefit. "All exemptions are not being removed," she said.
Replying to a question, the minister said that many aspects of the Direct Tax Code recommendation have been put together in the Budget. (ANI)