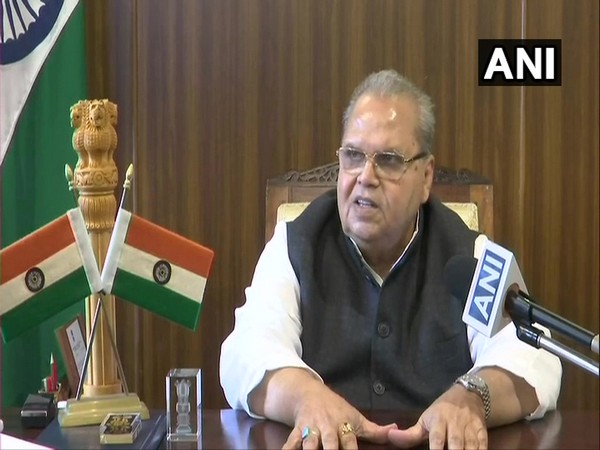 Panaji (Goa) [India], May 23 (ANI): Goa Governor Satya Pal Malik on Saturday said that he had opened the Jammu and Kashmir Raj Bhavan for everyone during his tenure as the Governor and resolved 93,000 complaints of the common people before coming to the coastal State.

"When I was the Jammu and Kashmir Governor, I opened the Raj Bhavan for everyone. All my advisors were tasked to hear people's complaints once a week. 95,000 complaints were received by my office, I resolved 93,000 of them before coming to Goa. People felt comfortable because of this, they felt it was their government. Thus, anger was low," Malik told ANI.

He also said that he focused on the 'outreach and development programme' in Jammu and Kashmir.

"Prime Minister Narendra Modi directed us to work on outreach and development. I worked in both directions. We opened 52-degree colleges, 8 medical colleges, and 282 junior schools turned into higher senior secondary school within a year. This way, in the health sector and other areas, we took a loan of Rs 8,000 crore from banks and completed all the work. Work on two dams which was pending for 40 years was restarted. That will be completed soon," he added.

He also said that during his tenure Hurriyat did not give a call for bandh and the Panchayat elections were held peacefully.

"The Prime Minister had said that we will conduct panchayat elections (in Jammu and Kashmir). I broke protocol and went to Omar Abdullah (NC president) and PDP chief Mehbooba Mufti's residence. They refused to participate under Pakistan's pressure. Terrorists also threatened yet election was held successfully," he said. (ANI)