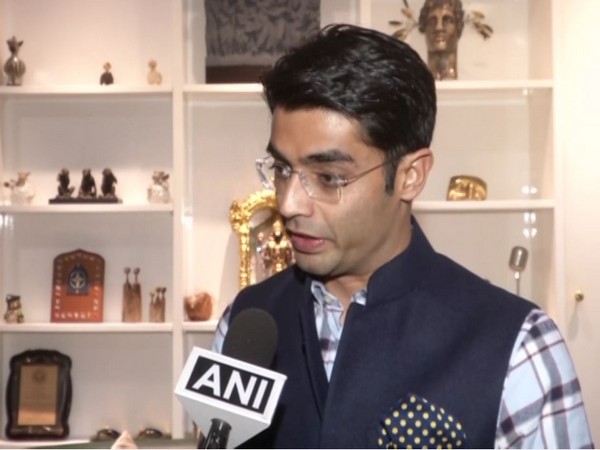 In a Press Conference, Congress Spokesperson Jaiveer Shergill said, "The BJP President JP Nadda and the Prime Minister owe an apology and an explanation to the nation for NDA-BJP leadership's pivotal and instrumental role in hoodwinking the nation and compromising on national security for their own enrichment and oriented approach towards Defence Deals
Post Conviction of Bangaru Laxman and Jaya Jaitley, BJP owes an apology and an explanation to the nation for rampant corruption, compromise on national security, weakening of defence structure under the NDA regime."
The verdict of the Court in Jaya Jaitley's case highlights the need to investigate the truth of Rafale Deal and proves that "Truth needs to be investigated and is not what the BJP says."
"The judgment of the Special Judge, District Court, New Delhi convicted Jaya Jaitley and others (Ex-President of Samata Party and ally of the BJP Government) for accepting a bribe while sitting in the house of the then Defence Minister (2001) of the NDA Government under Section 120B, IPC and Section 9 of the Prevention of Corruption Act read with the earlier judgment of the CBI Court dated April 26, 2012, convicting Ex-BJP President Bangaru Laxman for accepting bribe sitting in the BJP Office (both the judgments convicting Jaya Jaitley and Bangaru Laxman be jointly referred as "Conviction Verdicts") highlight NDA-BJP corrupt character," Shergill stated.
The Conviction Verdicts holding the BJP and NDA leaders for hatching a criminal conspiracy, for the purposes of securing and influencing a defence deal i.e., the procurement of "Hand Held Thermal Imagery" (HHTI) equipment for the Indian Army from a fictitious UK based Company has exposed the following facts. Shergill alleged that the Defence Deals under the NDA-BJP regime work/worked on the 3C Model-"Corruption, Commission and Criminal Conspiracy" with the objective of promoting self-financial interest rather than serving the national interest.
"The structure of the Defence Procurement mechanism under the NDA-BJP regime was/is filled with the cement of "money-making, influencing and bribing" rather than being built on the pillars of transparency and compliance of procedures," said Shergill.
There exists a culture of influencing, favouring and facilitating defence deals in lieu of receiving bribery and gratification within the NDA-BJP top leadership and decision-makers, he added.
"The Conviction Verdicts prove that BJP and their partners are not corruption-free but investigation free and the truth surrounding the Rafale Deal is not what the BJP says but needs to be thoroughly investigated by an independent agency. The BJP must come out of celebration mode' and engage in explanation mode to answer the three pertinent following unanswered questions (amongst others) with regard to Rafale deal--Why was the cost of each aircraft inflated to Rs 1,670 Crores instead of Rs 526 Crores?" said Shergill.
"Why only 36 aircraft were bought instead of 126? Why was the Rs 30,000 Crore contract of HAL scrapped to accommodate Mr Anil Ambani? The capability of Rafale does not give immunity to BJP from accountability on the issues of inflated costs, bypassing of rules & regulations and giving preference to a Zero experience private player over a Public Sector Undertaking. The verdict of the Court in Smt Jaya Jaitley Case highlights the need to investigate the truth of Rafale Deal & proves that "Truth needs to be investigated & is not what the BJP says," he added. (ANI)