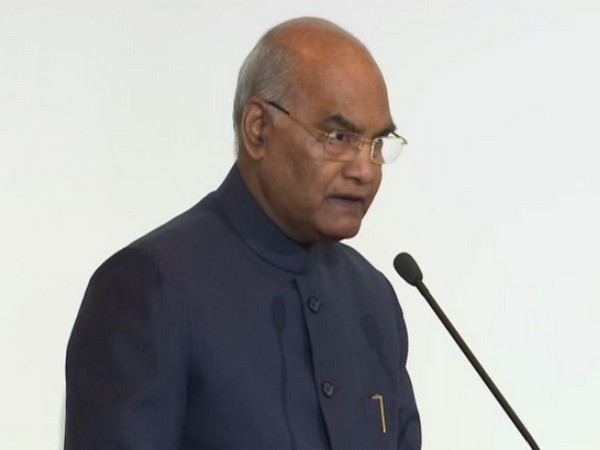 Bern [Switzerland], Sept 12 (ANI): President Ram Nath Kovind on Thursday said that there are opportunities for India and Switzerland to collaborate and connect in various sectors.
Speaking at a programme on the theme 'India-Switzerland new age partnership connecting Himalayas with Alps' held at the University of Bern here, the President said that both countries have long shared democratic values, pluralism and enterprise.

"The world looks at both India and Switzerland with admiration. Switzerland is among the world's oldest democracy wherein more than 2000 communes function democratically. And India is the world's largest democracy with a 900 million electorate," he said.
Kovind noted that India and Switzerland's rich cultural engagement had set the stage for bilateral cooperation long before both countries signed the friendship treaty.
"Today, there are over 250 Swiss companies operating in India and leading Indian tech firms and innovation majors in Zurich, Basel and Berne. Opportunities for us to collaborate and connect are immense," he said.
Highlighting some important areas of collaboration between India and Switzerland, the President said that science, technology and innovation are fast-moving to the centre of the bilateral ties.
Kovind underlined that over 80 scientific institutions and 300 researchers from India and Switzerland have connected with each other on joint programmes.
The President said that India has an ambitious programme to build 100 smart cities.
"Swiss expertise in circular economy and resource-efficient know-how can help us to build sustainable urban space, to clean our rivers and to process our food. Swiss clean technology and Indian green energy requirements are smart suitors to each other," Kovind said.
The President stressed that the Jal Jeevan Abhiyan aims to provide clean tap water to around 146 million households by 2024.
"The mission opens new opportunities for Indo-Swiss collaboration. India wants to engage Switzerland on water governance, water use efficiency and treatment of wastewater," he said.
Kovind is currently on a three-nation visit to Iceland, Switzerland and Slovenia since September 9.
He arrived in Switzerland earlier today after concluding his bilateral engagements in Iceland. (ANI)