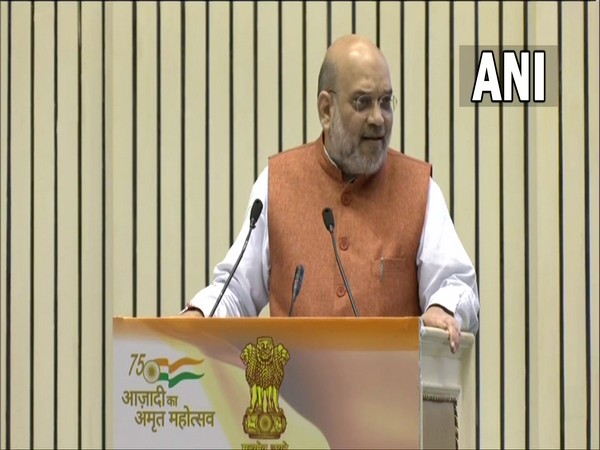 New Delhi [India], September 14 (ANI): Union Home Minister Amit Shah on Tuesday said that the progress of India is contained in the coordination of mother tongue and official language.

"When accepted the Constitution, we also accepted a decision on September 14 1949 that this country's 'Rajbhasha' will be Hindi and 'Lipi' will be Devanagri. Along with Hindi, we also took a decision to accept regional languages," said Shah on the occasion of Hindi Diwas.
"On the occasion of Hindi Diwas, I urge all the countrymen to take a pledge to progressively use the official language Hindi along with their mother tongue in basic works," the Union Home Minister added.
Shah expressed his happiness that the usage of Indian languages has increased in the state assemblies since 2014.
"Being 'Atmanirbhar' is not just about producing within the country, we've to be 'Atmanirbhar' even with languages. If Prime Minister Narendra Modi can speak Hindi internationally, what are we embarrassed about? Gone are the days when speaking in Hindi at an international level were a matter of concern," said Shah.
The Hindi language was first adopted by the Constituent Assembly of India as the official language of the Republic of India on September 14, 1949.
The decision of using Hindi as an official language of India was legalised by the Constitution of India on January 26, 1950.
Spoken as a native language by 258 million people, Hindi is recognised as the fourth most spoken language in the world. (ANI)