Over 1000 kg of Ganja seized, two arrested in Odisha's Gajapati 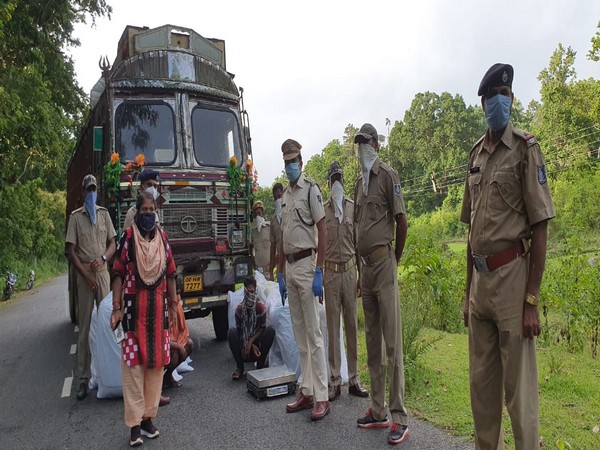 Gajapati (Odisha) [India], August 1 (ANI): Over 1,000 kilograms of ganja (cannabis) was seized and two persons arrested by police in Gajapati district of the state here on Friday.

Police said that about 1,056 kilograms of ganja worth Rs 50 lakh was seized from a truck carrying onions.
The two accused have been identified as Nikil Kumar and Anurag Kumar, and a case has been registered against them.
According to the police, the accused were going to Uttar Pradesh's Varanasi from Udayagiri area of the district.
Further probe into the incident is underway. (ANI)