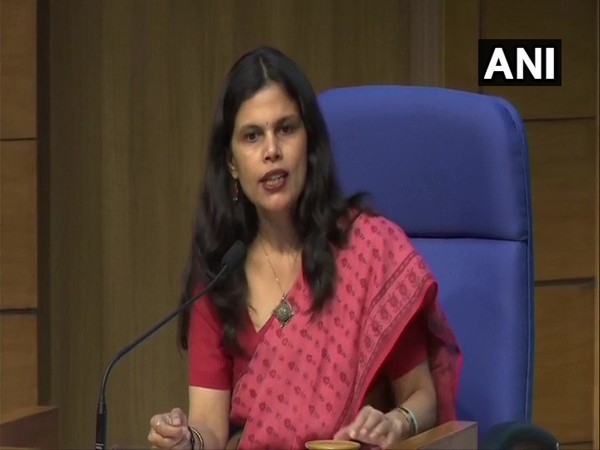 "More than 2,600 special trains have run till date and more than 35 lakh migrants have availed the benefit of these trains," Srivastava said while addressing a press conference here.
"In an order on May 1, the inter-state movement of migrant workers was allowed by Shramik Special trains. In an order on May 19, revised SOP for the movement of migrant workers by trains was issued to further ease and speed the process," she said.
Srivastava said that as soon as COVID-19 hit India, the government got into action to help stranded migrant workers.
"On March 27, the MHA released an advisory to smoothen the movement of migrant workers and to provide them with shelters, food packets, food grains, essential items, she said.
According to her, the advisory issued on March 28-29 instructed that helpline numbers and locations of relief camps be widely publicised, and DC/DM and SP were made responsible for the enforcement of these orders.
She said that States were also permitted to use funds under the State Disaster Response Fund (SDRF) for providing relief shelter, food, etc., to migrant workers.
"The MHA Control Room expanded and States and UTs advised to set up control rooms with helplines," she said.
"Detailed advisories shared with States and UTs on March 28-30 and asked to create helpline numbers and location of relief camps to be widely publicised," she said.
Srivastava also said that Union Territories (UTs) and States were advised to check through publicity the possibilities of rumour-mongering regarding the shortage of food and essential commodities.
She said that on April 3, over Rs 1,1092 crore financial assistance has been released for States and UTs.
She further said that in an order on April 19, the intra-state movement of migrant workers allowed to workplaces and in an order April 29, the inter-state movement of migrant workers allowed by buses.
The lockdown, with prescribed relaxations, has been extended till May 31 to contain the spread of the coronavirus in the country.
India has so far recorded 1,25,101 COVID-19 cases out of which 69,597 are active cases. 3,720 people have lost their lives to coronavirus. (ANI)