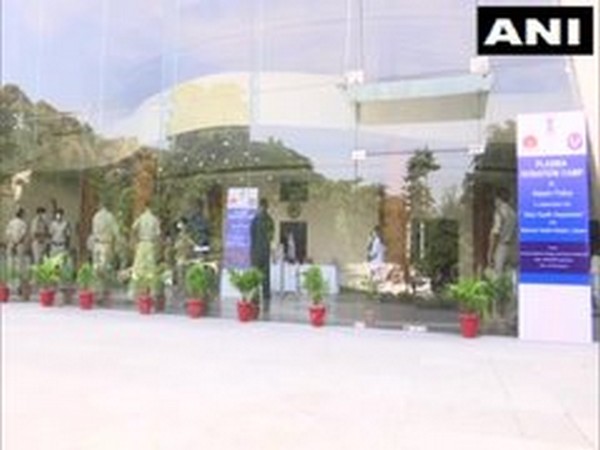 As many as 43 police personnel who recovered from COVID-19 donated their blood plasma at the camp.
According to an official release, a total of 67 personnel of Assam Police volunteered to donate plasma for treatment of COVID-19 patients out of which 43 personnel were found eligible to donate plasma.
All of them were felicitated by Minister of Health Himanta Biswa Sarma, Minister of State, Health department Pijush Hazarika, DGP Assam Bhaskar Jyoti Mahanta, Harmit Singh, ADGP(A), M P Gupta, Commissioner of Police Guwahati and other dignitaries.
On the occasion, Health Minister Sarma said that Assam police has been leading the fight against COVID from the forward post.
He further added, "Assam Police has come forward to donate plasma for a noble cause to save lives. The sacrifice and the contribution of Assam Police will be written with golden ink in the future, Assam Police has set an example by delivering medicines to needy during the lockdown and also looking after of well being of senior citizens who live alone."
Director General of Police Bhaskar Jyoti Mahanta said that it is a moment of pride for the organization as all the police personnel came forward voluntarily to donate plasma.
"The example set by the police personnel will not only boost the morale of those from the organization who are still under treatment, but will also give a ray of hope to the people of the State," Mahanta said. (ANI)