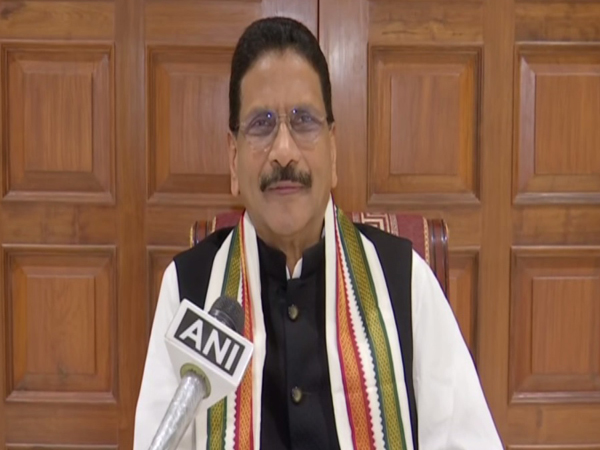 Hyderabad (Telangana) [India], June 30 (ANI): After Asaduddin Owaisi said former Prime Minister PV Narasimha Rao was "neither an economic nor a social liberal" and represents "the worst of the cynical Congress, of deceitful Indian politics," Congress leader Marri Shashidhar Reddy said that the AIMIM leader is "free to have his own opinion".

"I happen to see a tweet by Owaisi. He said that Narasimha Rao was neither an economist, nor a social liberal. He (Owaisi) is free to have his own opinion, but one thing that everybody acknowledges is that the economic reforms which were ushered in during his tenure as Prime Minister, yes it was with the help of Dr Manmohan Singh," Reddy told ANI.
"When Dr Manmohan Singh was called to join his cabinet, he was told that he will have all the support of the government. Narasimha Rao in his own way told Dr Manmohan Singh that if you succeed you take the credit and if you fail you will have to quit," he added.
Targeting the BJP, Reddy said that "everybody knows who is responsible for the demolition of Babri Masjid."
"Narasimha Rao was Prime Minister. Kalyan Singh, the then Uttar Pradesh Chief Minister filed an affidavit in the Supreme Court saying that the structure will not be touched. But unfortunately, you know what unfolded. Now that issue is settled. The Supreme Court has come out with its order on the issue," he said.
"Owaisi is very close to the TRS leadership in Telangana. They have been allies... K Chandrashekar Rao has proposed Bharat Ratna to be awarded (to Narasimha Rao). He is not the first one to do it. It was the Congress government in Andhra Pradesh in November 2013 when the Assembly passed a resolution and sent it to the Centre... It is for the people to judge the character of all these people," he added.
Owaisi, who is MP from Hyderabad, said in a tweet that Narasimha Rao was neither an economic nor a social liberal.
" Rao was neither an economic nor a social liberal, and he represents the worst of the cynical Congress, of deceitful Indian politics and of the weak ambivalence of the Indian state in the face of challenge. -- but not praise," he said and also attached an opinion piece in the post.
His party AIMIM had earlier slammed Narasimha Rao in a tweet. "No matter what awards are given, history will always remember PV Narasimha Rao as the sitting PM who not only allowed the demolition of Babri Masjid but also the construction of a makeshift temple at the site. Scholar AG Noorani rightly quoted Rao as the 'first BJP Prime Minister of India'," the party said.
The ruling TRS in Telangana has decided to organise year-long birth centenary celebrations in honour of former prime minister from June 28 and has also urged the NRIs to organise various programmes in the countries they reside.
The Chief Minister, who attended the birth centenary celebrations of PV Narasimha Rao in Hyderabad, said he will lead a delegation to Prime Minister Narendra Modi and urge him to honour Narasimha Rao with Bharat Ratna.
NV Subash, PV Narasimha Rao's grandson, also "condemned" Owaisi's comment.
"This is an issue which has been already settled by the Supreme Court. When Narasimha Rao was the Prime Minister, yes the demolition of the Babri Masjid happened. At that point of time, it was the collective decision of the Cabinet... So, I wonder what Owaisi wanted to tell to the people of this country that any decision has to be taken by the Cabinet, not by only the Prime Minister of this country," Subash told ANI.
"If Narasimha Rao was only interested in making a make-shift temple or if he wanted to demolish (Babri Masjid) and then build a temple then he would have easily allowed the Kalyan Singh government to continue until the full term so that the temple (was) built. But he did not do that... He has contributed to the development of this country. Narasimha Rao was an economic reformer, performer and a transformer," he said.
"The simple thing that I can now remember why Owaisi family hates Narasimha Rao is that Rao fought tooth and nail for the liberation of Hyderabad," he added. (ANI)