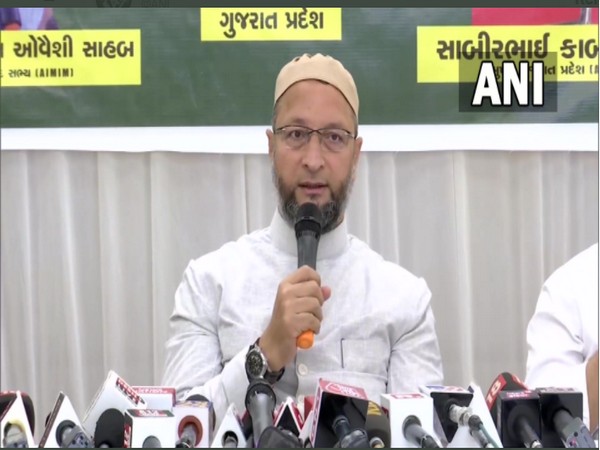 Ahmedabad (Gujarat) [India], September 20 (ANI): All India Majlis-e-Ittehadul Muslimeen (AIMIM) chief Asaduddin Owaisi on Monday rejected allegations that his party is BJP's 'B team' and said that Rahul Gandhi was defeated from Amethi constituency in the Lok Sabha elections 2019 which the AIMIM did not even contest.

Addressing a press conference in Ahmedabad, Owaisi said that Congress thinks of AIMIM in terms of "A team, B team and vote cutters" whenever they deem fit.
"Their leader Rahul Gandhi lost their traditional seat in Amethi and we did not even have a candidate in that contest. He won from Wayanad as around 35 per cent of voters there are minorities," said the AIMIM chief attacking the grand old party. He further said that it does not matter what Congress thinks; people will decide what AIMIM is. (ANI)