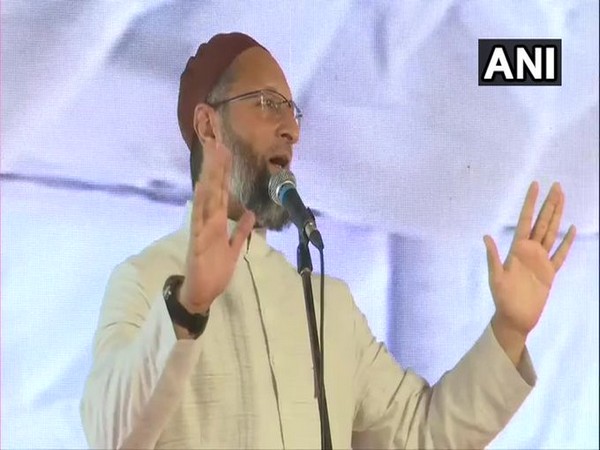 "A minister in an election meeting said 'desh ke gaddaro ko goli maaro saalo ko'. After his statement, Naturam Godse's illegitimate son fired at a Jamia student who was part of the group carrying our rally. We should call him a terrorist. He was live telecasting on Facebook. A man also commented that Owaisi should also be shot dead," Owaisi said at an event here.
"Another man went to Shaheen Bagh and opened firing. He said that this country is for Hindus. I want to tell that terrorist that this country is not for only religion. This country also belongs to those who do not believe in any religion. We have to save the country from Hindutva," he said.
Earlier, a man opened fire at Delhi's Shaheen Bagh while in another incident a juvenile brandished a country-made pistol and fired at in which a Jamia University student, Shadab Farooq, who was part of the group that was protesting against the Citizenship Amendment Act (CAA), got injured.
The Lok Sabha MP from Hyderabad alleged that someone who speaks against Prime Minister Narendra Modi is charged with sedition.
"A time is going to come when we will decide to launch 'jail bharo andolan'. All the jails in the country can lodge only 3 lakh people, if people come out on roads, jails will be insufficient," he said.
Continuing his tirade, Owaisi said: "You are fighting with people who believe in RSS ideology of Hindutva. You have to face people like that. We have filed a case against CAA and NRC in the Supreme Court... You have to be ready for a big fight. We stand by protesters across the country."
"We cannot forget that students of AMU and Jamia Milia Islamia raised their voices against this... After the violence in Uttar Pradesh, CM said that they will take revenge. UP Police shot 24 Muslims dead... We will not forget their sacrifices. This fight is to save the country and its Constitution," he said. (ANI)