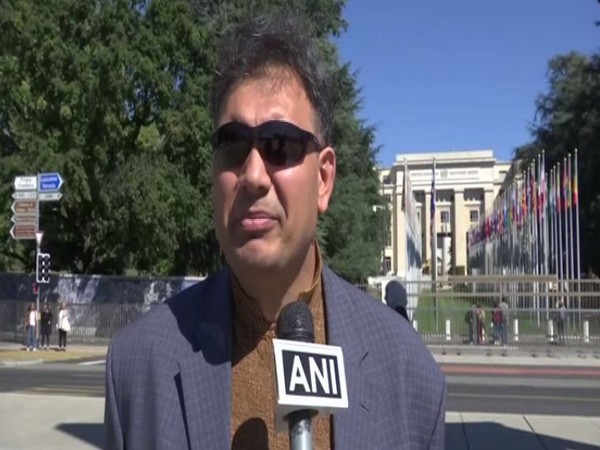 Geneva [Switzerland], Sept 13 (ANI): Pakistan has turned deaf to residents of Pakistan-occupied Kashmir (PoK) and Gilgit Baltistan, who have been calling for freedom against the illegal occupation of the cash-strapped country and its military establishment.

"Imran Khan is abusing the sentiments of the people in Pakistan-occupied Kashmir (PoK)," said Senge H Sering, Director of the Institute of Gigit Baltistan Studies in Washington, about Prime Minister Imran Khan's visit to Muzaffarabad to lead a rally there.
Sering said that the people in PoK had held a huge rally a few days ago demanding withdrawal of Pakistani forces from the region. The angry residents condemned the illegal occupation and called for its freedom.
"Unfortunately, Pakistan is playing deaf. They are not trying to realise that their role in Jammu Kashmir has been exposed. The international community, as well as the people in Jammu Kashmir, now wants Pakistan to withdraw from the occupied territories that include Gilgit Baltistan and PoK," he added.
The activist further noted that the people in PoK will not "entertain the aspirations of Pakistanis" anymore because the country only "believes in abusing the land there and not respect what the local people want."
"If the Pakistan Prime Minister is there, it is only because he is being backed by the Pakistani military. I believe that if the Pakistani military was not stationed in Gilgit Baltistan or PoK no Pakistani official would have ever been tried to go there without seeing the wrath of the local people," Sering said.
In a desperate attempt after the so-called 'Kashmir Solidarity Hour' turned out to be a damp squib, Khan, yesterday, announced to hold 'a big Jalsa' in PoK's Muzzafarabad on Friday.
Last month, Khan gave a call urging people to come on the streets to observe Kashmir Solidarity Hour. But the much-hyped event failed miserably with government machinery forcing school children and college-goers to come out in protest but that too failed to gather any steam.
Pakistan government's diversionary tactics continue despite people in PoK clashing with the security agencies and federal government over human rights violations. Recently, large scale protests broke out in PoK over atrocities by Pakistani Army. (ANI)