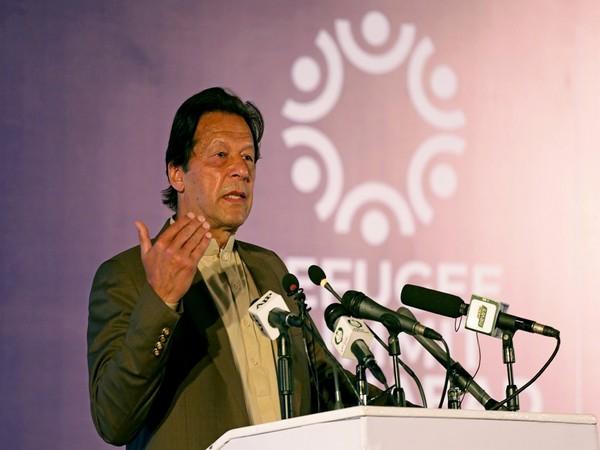 Islamabad [Pakistan], October 14 (ANI): Pakistan government is under fire from the opposition for taking control of two islands previously under the regional government of Sindh province, with various politicians accusing the Imran Khan-led administration of planning to hand over these strategically-crucial islands to China as China-Pakistan Economic Corridor (CPEC) component.

Pakistan President Arif Alvi signed the Pakistan Island Development Authority (PIDA) ordinance last month to facilitate reclamation and urban planning on Bundal and Bhuddo islands, which are located south of Karachi, Nikkei Asia reported. Both islands are the largest along Sindh's coast.
The ordinance has drawn political uproar in Sindh and Balochistan provinces. Bilawal Bhutto Zardari, chairman of Sindh's ruling Pakistan Peoples Party, called the ordinance an illegal annexation. Sindhi ethnic nationalist politicians oppose PIDA because they believe the islands could be handed to China as another CPEC component.
"We will not allow you to sell our lands to China Communist Party," tweeted Zafar Sahito, vice president of the Jeay Sindh Thinkers Forum, which advocates for the independence of Sindh.
The CPEC though supported by Pakistan Army and the government has faced opposition by the general public of Pakistan-occupied Kashmir and Balochistan, which accused Beijing of invading on their land. Pakistan government has not paid heed to the people and shown zero tolerance to such views.
In May, the government banned Jeay Sindh Qaumi Mahaz-Arisar -- a party with an ideology similar to the Jeay Sindh Thinkers Forum. It was widely assumed that the party's hostility to CPEC was one of the reasons for the ban.
Meanwhile, the Pakistan Fisherfolk Forum (PFF), the largest union of fishermen in the country, has launched the Save Sea Islands Movement and is organising a flotilla off Bundal on October 15 to protest against the ordinance.
The PFF also protested the arrival of Chinese deep-sea fishing vessels last month and claims that 800,000 fishing jobs could be in jeopardy if the federal government persists with its island development plans.
Senator Kabir Muhammad Shahi, a vocal member of the opposition National Party based in the southern province of Balochistan, said the federal government is trespassing on local political turf in Sindh and Balochistan.
The National Party "will start demonstrations all over the country against this ordinance," he told Nikkei Asia.
The ordinance is helpful to Beijing's expanding economic ambitions in Pakistan, reported Nikkei Asia. Last month, Beijing nominated Nong Rang as its ambassador to Islamabad. "Unusually, he is a political appointee well versed in commerce and trade, and analysts believe this portends increased commercial and BRI activities," Nikkei Asia said in a report.
Meanwhile, analysts have indicated that the government is planning something and that is why the ordinance has been brought.
Mohan Malik, a visiting fellow at Near East South Asia Center for Strategic Studies in Washington, said the sudden way in which the two islands near Karachi have been placed under federal control shows that something is afoot.
Senator Muhammad Shahi is of the view that the ordinance is part of a bigger scheme to bring the coasts of Sindh and Balochistan under federal control. "Gwadar port and other key components of CPEC are in the coastal belt, and by putting them under federal control, provincial governments will be completely thrown out of CPEC," he told Nikkei Asia.
Some experts meanwhile contend that the islands are not in fact viable for development. Jahangir Durrani, a senior nature conservationist, told local media that disappearing mangroves and growing pollution have caused severe environmental damage that limits development potential.
Malik is also dubious about development possibilities given the deceleration of other CPEC infrastructure projects in Sindh and Balochistan. Plans for the islands, he said, "sound too ambitious at a time of pandemic-induced economic slowdown and resource-crunches." (ANI)