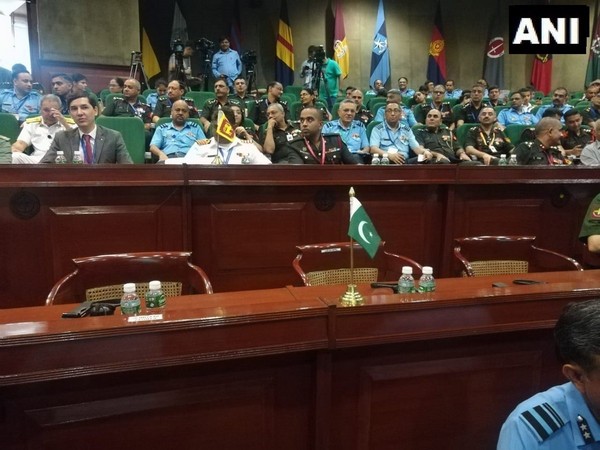 "Two Pakistani representatives will attend the second SCO medicine conference tomorrow and they also attended dinner hosted by organisers today evening," diplomatic sources told ANI.
The representatives include the Air Advisor of the Pakistani Embassy in India and another is Dr Sumroo, they said.
The two-day event began on Thursday and is being held in New Delhi.
Pakistan, repeatedly snubbed by the world community for internationalising the Kashmir issue, skipped the conference hosted by India for the SCO member states.
Defence Ministry officials confirmed that Pakistan was invited to the event. "Being a member of SCO, Pakistan was invited to the event," said a Defence official.
The Ministry of External Affairs echoed similar sentiments and said that Pakistan did not participate in the first day of the two-day conference.
"As far as I know, they were invited. But they did not participate in the meeting today," External Affairs Ministry spokesperson Raveesh Kumar said earlier in the day.
The military medicine conference is being attended by about 27 international and 40 Indian delegates. This is the first military cooperation event being hosted by India after it joined SCO in June 2017.
On Wednesday, Pakistan had to face embarrassment at UNHRC, where several parties at the event including the UN Secretary-General Antonio Guterres urged the two Asian nations to solve the Kashmir issue bilaterally through dialogue.
On the contrary, Islamabad has been making desperate attempts for third party involvement in the matter, but to no avail. (ANI)