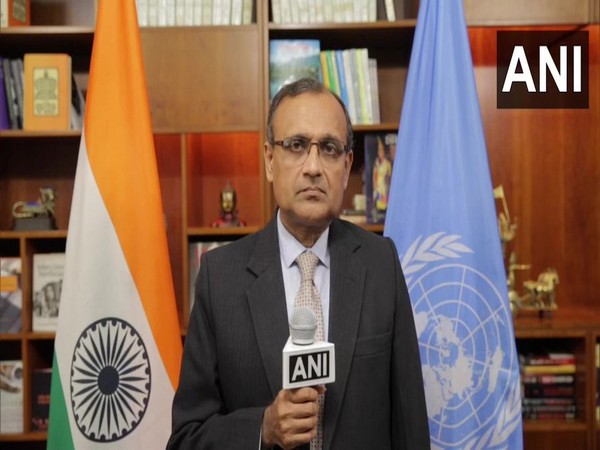 New York [USA], Aug 6 (ANI): India on Wednesday slammed Pakistan for its "singularly unsuccessful" attempt to broach the bilateral issue of Kashmir in the United Nations Security Council and said its narrative had lost steam and did not "deserve the time and attention" of the world body.

'Pakistan has once again been singularly unsuccessful in making any inroads into the UN on Jammu and Kashmir and their narrative has lost steam on the Council members," India's Permanent Representative to the UN Ambassador T S Tirumurti told ANI.
Tirumurti had earlier said that almost all the countries at the meeting had agreed that Kashmir was a bilateral issue of India and Pakistan.
"Another attempt by Pakistan fails. In today's meeting of UNSC which was closed, informal, not recorded & without any outcome, almost all countries underlined J&K was bilateral issue & did not deserve time & attention of Council," Ambassador Tirumurti posted on Twitter.
Meanwhile, a source told ANI that at the UNSC meeting the United States had taken the lead and stood strong for a "no outcome" meet for which there was a consensus among member countries with agreement by even the Chinese.
Pakistan has been using various UN fora to raise the issue of Jammu and Kashmir ever since India passed the law in Parliament to strip the erstwhile state of Jammu and Kashmir of its special status under the constitution and turn the state into two Union Territories - Jammu and Kashmir, and Ladakh last year in August.
Pakistan escalated its campaign against the abrogation of Articles 370 and 35 A, and had persuaded China, a permanent member of the UNSC to hold a meeting on Kashmir at the UNSC.
Following this, the 15-member UN body on Wednesday held a closed-door informal meeting under 'Any Other Business' category, which means literally anything can be brought up by any of the members.
No record is maintained and there is no press statement issued for closed-door informal meetings and neither is any formal outcome or resolution taken by the UNSC. Typically, no country objects to a discussion under the 'Any other Business' category. China, which is a permanent member of UNSC also could not stop a discussion on Hong Kong last May.
Ambassador Trimurti said there has been no formal meeting of the Security Council on the India Pakistan issue since November 1965
The UNSC has held informal meetings on Kashmir twice the first time in August 2019 and later in January 2020. The August 2019 meet was the first such in decades after India revoked Jammu and Kashmir's special status. China, in the meeting, had strongly criticised the move to reorganise Jammu and Kashmir into two Union Territories.
India has categorically told the international community that the scrapping of Article 370 of the Constitution was its internal matter. (ANI)