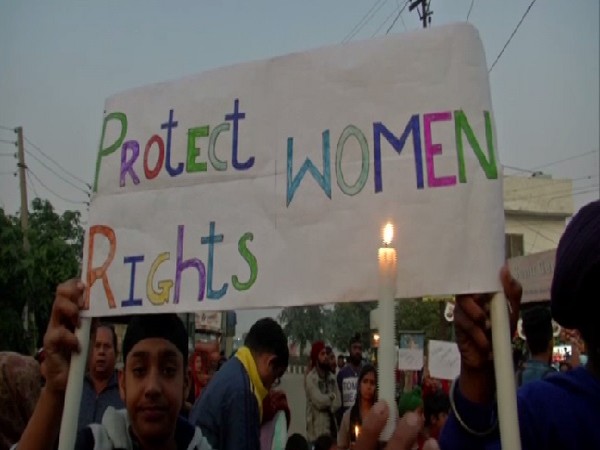 Islamabad [Bangladesh], April 8 (ANI): Even after 50 years since Pakistan and Bangladesh became two separate countries in 1971, the two nations are diametrically opposed in terms of the status of women with Islamabad witnessing a decline over the years.

Fabien Baussart for Modern Diplomacy writes that women in Pakistan have been severely disadvantaged and discriminated against, having been denied a whole range of economic, social and political rights. Much of the Pakistani society still lives under the patriarchal, outdated code of so-called 'honour' that systemises the oppression of women.
While Pakistan has seen a decline in the status of women, Bangladesh has seen remarkable progress seen by improvement in the lives of women, decline of fertility and maternal mortality rates and greater gender parity in school enrollment.
Furthermore, female participation in Bangladesh's workforce is on the rise, with three million women being employed in the lucrative ready-made garment sector, which is Bangladesh's largest export industry.
In Pakistan, the current legal status of women was shaped by the military regime of Zia ul-Haq in 1977, which introduced a series of repressive and regressive laws for women. According to a 2019 report by Human Rights Watch, an estimated 1,000 honour killings occur each year. The murder of 19-year-old Mahwish Arshad in 2018 in the Faisalabad district of Punjab, for refusing a marriage proposal, gained national attention, according to Modern Diplomacy.
Women from religious minority communities remain particularly vulnerable to abuse, while the Taliban and affiliated armed groups continue to attack schools and use children in suicide bombings.
Baussart mentions a report by the Movement for Solidarity and Peace in Pakistan that found that at least 1,000 girls belonging to Christian and Hindu communities are forced to marry Muslim men every year.
Over time, Pakistan has attained a reputation for being a hard country for female journalists, amplified by the misogyny of a patriarchal social structure. This was seen when on August 12, 2020, a group of women journalists issued a statement against government-affiliated social media accounts and supporters.
"Vicious attacks through social media are being directed at women journalists and commentators in Pakistan, making it incredibly difficult for us to carry out our professional duties," they said.
The journalists also complain of vicious trolling when a political story written by them is deemed unfavourable to Imran Khan's federal government, writes Modern Diplomacy.
Meanwhile, Pakistan's Aurat March, where women come out in large numbers to protest against and demand more accountability for violence against women, is regularly received by stone-pelting, shoes and sticks by radical Islamists.
Meanwhile, feminist activists and women's rights organisations in Bangladesh have made their presence felt through their engagements in various social movements, development activities and violence against them and state repression in Pakistan, despite their small numbers, writes Baussert.
The government has enacted numerous policies over the past decade focused on women's rights in Bangladesh. The Ministry of Women and Children Affairs has increased allowances for widows, eased the burden on lactating mothers in urban areas and provided job training in fields such as agriculture and electronics.
This is coupled by the fact that many women occupy key leadership roles, most notably Sheikh Hasina as the Prime Minister.
The access of girls to education has increased and since the 1990s, girls' enrolment in primary school has increased rapidly. Bangladesh is internationally recognised for its good progress on a number of gender indicators, including gender parity in primary and secondary education and maternal mortality that has declined by 66 per cent over the last few decades, estimated at a rate of 5.5 per cent every year. (ANI)