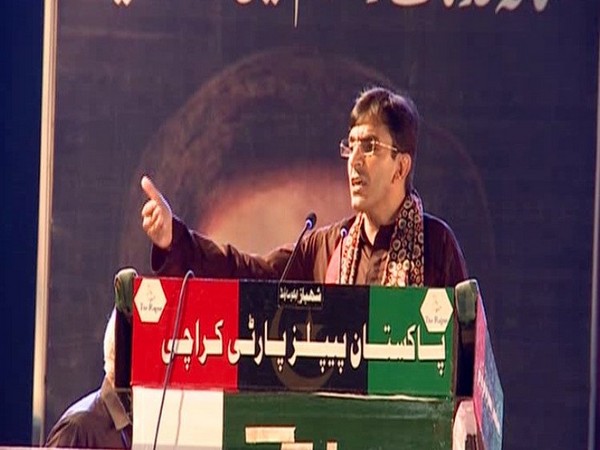 Karachi [Pakistan], October 18 (ANI): Pashtun Tahaffuz Movement (PTM) leader, Mohsin Dawar, one of the first speakers at Sunday's anti-government rally in Karachi, termed the opposition's joint Pakistan Democratic Movement (PDM) as a "beginning for real democracy and civilian supremacy" while terming the Imran Khan government as "worse than a dictatorship".

Dawar criticized the incumbent government for filing "baseless cases" against political workers, whether they were from Waziristan, Gilgit Baltistan, Balochistan or Sindh. The cases, the PTM leader said, were filed due to political differences, adding that the current regime was "worse than a dictatorship", Dawn reported.
"I consider this government to be worse than a dictatorship because they have even placed a prime minister as a punching bag. In reality, the decision-makers are Pakistan Army and its agencies," he declared.
"I want to say that states cannot run through war franchises or war contracts," Dawar said. "In order to run a state, you will have to make its people realise that they are citizens of that state, not its slaves. In order to run a state you will have to transfer power to the civilians otherwise, in my opinion, this company cannot function," he added.
Dawar had arrived in Karachi earlier today along with supporters and workers of the PTM group to attend the rally. Dawar said that PPP chief Bilawal Bhutto-Zardari had invited him to attend the public meeting.
Besides Dawar, JUI-F chief Maulana Fazlur Rehman, PPP chairman Bilawal Bhutto Zardari, PML-N vice president Maryam Nawaz, former prime minister Shahid Khaqan Abbasi, Ahsan Iqbal, Maulana Shah Owais Noorani, Allama Sajid Mir, Dr Abdul Malik, Iftikhar Hussain, Ameer Haider Khan Hoti, Dr Jehanzeb Jamaldini showed up at the 'jalsa'.
This is the second power show of the 11-party opposition alliance PDM. The first was held in Gujranwala in Lahore. (ANI)