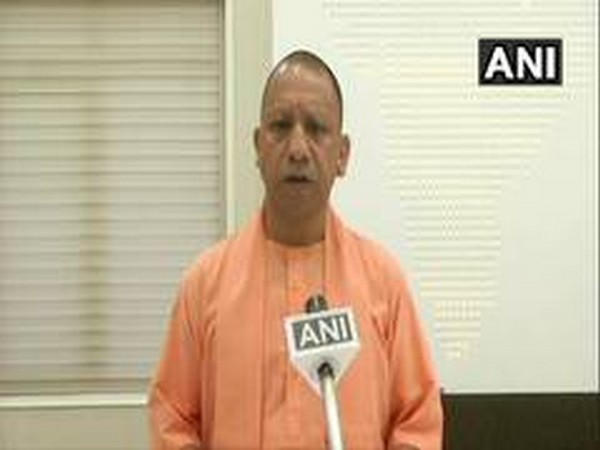 Lucknow (Uttar Pradesh) [India], Mar 27 (ANI): Uttar Pradesh Chief Minister Yogi Adityanath on Thursday said that he held talks with Deputy Chief Minister of Bihar, Sushil Kumar Modi, assuring him that all persons going to Bihar due to the nationwide lockdown will be safely sent to their destinations.

"I held talks with Deputy Chief Minister of Bihar, Sushil Kumar Modi, and assured him that all people going to Bihar will be taken care of and will be sent safely to their destinations," Adityanath said.

The Chief Minister has also issued orders for making special arrangements on humanitarian grounds for migrant workers of Bihar and other States who are arriving at the border areas of Uttar Pradesh from Delhi and NCR regions.
The Chief Minister's Office had put out a tweet mentioning, "All Uttarkhand residents, and workers going to Bihar will be taken proper care of and these persons will be safely sent to their destinations."
Migrant workers are going back to their native States across the country despite the Centre and State governments' repeated assurances that special arrangements will be made for them during the 21-day lockdown.

Hundreds were seen on foot on the Agra-Lucknow Expressway on Thursday returning to their native villages from various cities.

The 21-day lockdown announced by Prime Minister Narendra Modi to prevent further spread of coronavirus has led to the closing down of factories, businesses, and shops leaving majority of daily wage earners, a great many of whom being migrant workers, without a steady source of income.

The Centre had on Thursday announced special relief measures for the workers and other classes during the lockdown. (ANI)