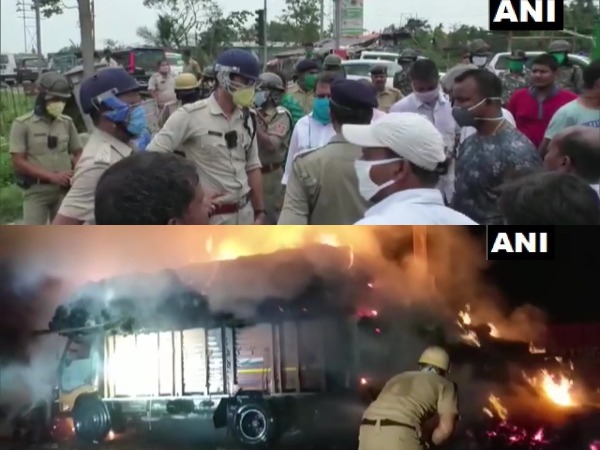 Kolkata (West Bengal) [India], May 24 (ANI): People in West Bengal on Saturday took to streets demanding restoration of power and water supplies, which had been affected during super cyclone Amphan. The cyclone has claimed 86 lives.

At Chak Kathalia in Barrackpore subdivision in North 24 Parganas, villagers blocked the Kalyani Expressway demanding the immediate resumption of power and water supplies.
On May 22, a group of protesters, who were demanding the immediate resumption of power and water supplies, set a truck on fire after police lathi-charged them in Titagarh area of North 24 Parganas.
Meanwhile, the Indian Army has taken up restoration work in Kolkata on the request of the state government.
"Based on the request from the Government of West Bengal, the Army personnel have undertaken restoration work at South Avenue in Kolkata. The Indian Army has provided five columns to assist the Kolkata city civil administration in the aftermath of the cyclone. Five columns have been deployed by Army at Tollygunge, Ballygunge, Rajarhat/New Town, Diamond Harbour, Behala. We are equipped with road and tree-clearance equipment," said Defence spokesperson in Kolkata. (ANI)