People protesting to save Constitution are being killed mercilessly: Adhir Ranjan 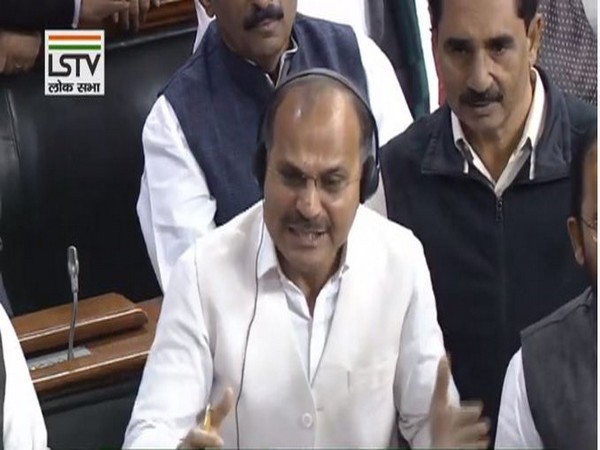 New Delhi [India], Feb 3 (ANI): Leader of Congress in Lok Sabha, Adhir Ranjan Chowdhury on Monday said that the common people, who are protesting to save the Constitution are "being killed mercilessly".

"Common people of India are protesting to save the constitution, they are protesting while holding the Constitution and singing the national anthem but they are being fired at. People of India are being killed mercilessly," Chowdhury said in the Lower House while referring to the prevailing situation in the country.
Opposition MPs in Lok Sabha raised slogans of "Save the Constitution. Save our India. No to CAA" when the Question Hour was underway.
Lok Sabha witnessed disruptions during Question Hour from members of Congress and some other Opposition parties who continuously raised slogans against the central government over the Citizenship Amendment Act despite appeals by Speaker Om Birla to take their respective seats.
The Opposition members started raising slogans soon after the House met for the day.
The Speaker proceeded with the Question Hour and repeatedly urged members to maintain the decorum of the House. However, Opposition members kept raising slogans from the well of the House.
When Minister of State for Finance, Anurag Thakur stoop up for replying to a query, Opposition members raised the slogan "goli marwana band karo".
They were apparently referring to Thakur's remarks at an election speech in which he had spoken about "shooting the traitors of the country".
The Election Commission had condemned Thakur's remarks and barred him from campaigning for Delhi Assembly polls for 72 hours.
Urging members to take their seats, the Speaker said they had been elected to the House to raise issues concerning people.
He said the Parliament was the temple of democracy and he would give them full opportunity to raise their issues.
Birla said the issues sought to be highlighted by Opposition members can be raised by them during the debate to the motion of thanks to the President's Address.
He urged members to go back to their seats for the sake of "dignity of democracy". (ANI)