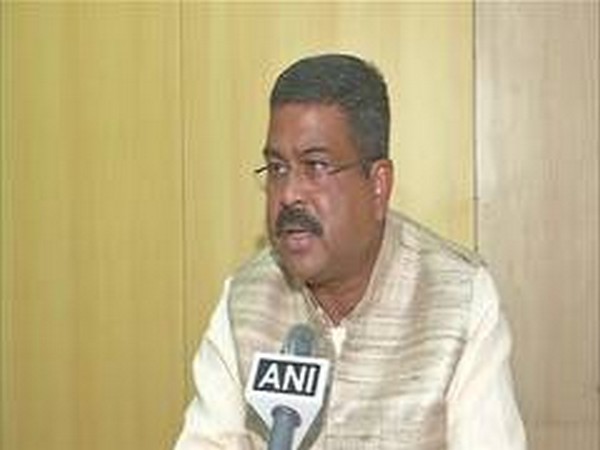 Speaking on the occasion, Dharmendra Pradhan complimented the Oil industry on the stellar role they have played to keep the fuel lines running despite the stiff challenges of the pandemic. He also lauded the OMCs for going beyond the usual business imperatives by extending support for medical oxygen supply to the nation in this crisis. Pradhan also appreciated IndianOil's leadership role in smoothening the Liquid oxygen logistics in the country through various initiatives.
Referring to the flag-off of the first supply of UCO-based Biodiesel from IndianOil's Tikrikalan Terminal, Pradhan said, "This is a landmark in India's pursuance of Biofuels and will have a positive impact on the environment. This initiative will garner substantial economic benefits for the nation by shoring up indigenous Biodiesel supply, reducing import dependence, and generating rural employment".
To create an eco-system for collection and conversion of UCO into Biodiesel and developing entrepreneurship opportunities, Minister of Petroleum and Natural Gas and Steel, along with Minister of Health and Family Welfare, Science and Technology and Earth Sciences, had initiated Expressions of Interest (EoIs) for "Procurement of Bio-diesel produced from Used Cooking Oil (UCO)" on the occasion of World Biofuel Day on August 10, 2019. And such "Expression of Interest" is being periodically released by Oil Marketing Companies (OMCs).
He appreciated the proactive role played by Oil Marketing companies (OMCs) in this direction and shared that 30 LOIs have already been issued.
In the first phase, 11 EoIs were floated between August 10, 2019 to November 9, 2020 for 200 locations. Publication of EoIs has been extended for one more year up to December 31, 2021, for 300 locations across the country.
Under this initiative, OMCs offer periodically incremental price guarantees for five years and extend off-take guarantees for ten years to prospective entrepreneurs. So far, IndianOil has also issued 23 LOIs for Biodiesel plants with a total capacity of 22.95 Cr litres (557.57 TPD). Under this initiative, IndianOil has received 51 kl of UCO-Biodiesel at its Tikrikalan terminal in Delhi as of 31.3.2021.
Ministry of Petroleum and Natural Gas Secretary Tarun Kapoor and Chairman, Indian Oil S M Vaidya were also present on the occasion
Tarun Kapoor, while delivering his address, said, "With this flag off, a new era of Bioenergy has been ushered in that will revolutionize the Indian petroleum sector. Feedstock availability in Biodiesel is a challenge, and leveraging UCO can be a major breakthrough that will enable us to reach the target of 5% Biodiesel blending. It will also help divert the unhealthy used oil from the food chain to a more productive purpose."
Mr Kapoor also complimented IndianOil for their focused drive on UCO-based biodiesel and for the concerted efforts undertaken to promote the benefits of Biodiesel.
Earlier, IndianOil Chairman S M Vaidya, while welcoming the gathering, said, "IndianOil is committed to contributing to this remarkable drive to retrieve the unhealthy Used Cooking Oil and usher in a revolution through "Randhan se Indhan". We aspire to trace even the last drop of UCO and ensure its conversion to Biodiesel, thereby contributing to a more energy secure, greener, and healthier India. This event is yet another significant step towards a Swachh and Aatmanirbhar Bharat." He also shared that IndianOil has started constructing eight biodiesels plants across Uttar Pradesh, Gujarat, and Madhya Pradesh.
Biodiesel is an alternative fuel similar to conventional or 'fossil' diesel. It can be produced from vegetable oil, animal fats, tallow and waste cooking oil. A significant advantage of Biodiesel is its carbon-neutrality, i.e. the oilseed absorbs the same amount of CO2 as is released when the fuel is combusted in a vehicle. Also, Biodiesel is rapidly biodegradable and completely non-toxic, stated an official release.
(ANI)