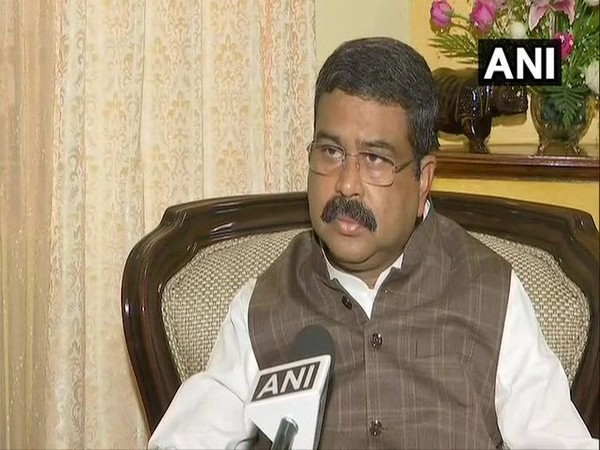 He also rejected the reports of International Energy Agency (IEA) that half of the beneficiaries under Pradhan Mantri Ujjwala Scheme are not refilling LPG cylinders once it is emptied due to affordability among one of the reasons.
In an interview with ANI, Pradhan said, "Reports of stopping LPG subsidy are baseless. We are still providing subsidy to the consumers of remote and interior areas of the country. 8 crore beneficiaries of Pradhan Mantri Garib Kalyan Yojana got 14 crore LPG cylinders free of cost during the lockdown period."
Pradhan further said last year, during the lockdown period, the central government did this to help the people and to minimise the impact on poor people of the country with free cylinders.
"Today PMUJY is known for the welfare of poor people," he added.
During the COVID-19 pandemic, three free cylinders for beneficiaries of the Pradhan Mantri Ujjwala Yojna was announced.
The Petroleum Minister also refuted the IEA report, which says 'Access to clean cooking goes beyond technical availability: It also extends to issues of adequacy, reliability, convenience, safety and affordability. While the government has broadened availability to LPG through different schemes to reach most Indian dwellings, nearly half of all households in 2019 continued to rely on traditional uses of biomass for cooking, mostly in rural areas.'
Responding to the report, Pradhan said these facts were incorrect.
"We have reports that around 70 per cent of beneficiaries of PMUJY are refilling their LPG cylinders and this has become a practice among them. The remaining 30 per cent of beneficiaries who are not refilling their LPG cylinders has a habit of collecting woods as they are getting it free. They don't understand that nothing comes free in this world and have its own cost," he said.
"By doing this they are inviting health issues, polluting the environment and leading to domestic pollution. We are trying to make them aware. Today, 95 per cent household have LPG connections. Our target is to connect every household with LPG. The world is praising us for connecting 95 per cent household with LPG connections. Once we are ready with our infrastructure to provide every household clean cooking gas I am sure that these people will also stop traditional uses of biomass for cooking," Pradhan added. (ANI)