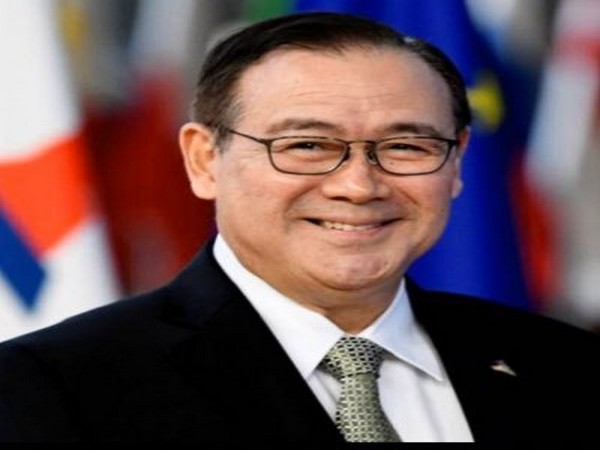 Manila [Philippines], May 4 (ANI): After issuing an expletive-laden warning to China, Philippines Foreign Minister Teodoro Locsin has apologised for telling Beijing to 'get the f**k out' of the disputed waters in the South China Sea, said presidential spokesman Harry Roque on Tuesday.

"China, my friend, how politely can I put it? Let me see... O...GET THE F**K OUT," Locsin had tweeted on his personal account.
"What are you doing to our friendship? You. Not us. We're trying. You. You're like an ugly oaf forcing your attentions on a handsome guy who wants to be a friend; not to father a Chinese province ..." Locsin said.
The blunt warning came as Chinese "maritime militia" vessels have repeatedly refused to withdraw the ships from Manila's exclusive economic zone (EEZ) in the South China Sea.
"I talked with Secretary Locsin and he informed me that he personally apologized to the Chinese ambassador and that the words he said were prompted by things that made him lose his temper," Roque said at a virtual press conference, Sputnik reported citing local media.
The Philippines presidential spokesperson asserted that Locsin's statement did not represent the official stance of the government and that his apology was not ordered by the government.
Meanwhile, Locsin clarified on his personal Twitter account that his apology was addressed "only" to Chinese Foreign Minister Wang Yi.
"That's right. I suddenly realized my friendship with Wang Yi was on the line so I tweeted my concern about our friendship. That must continue. He's my idol in diplomacy. (I think his idol and mine is Lavrov.) I add Mike Pompeo. Blinken is emerging as a force in his own right," the Philippines Foreign Minister tweeted.
After Locsin's remark, the Chinese government on Tuesday reacted sharply and asked the "relevant people in the Philippines" to comply with basic etiquette.
"It has been proven that 'microphone diplomacy' cannot change facts, but can only undermine mutual trust. It is hoped that the relevant people in the Philippines will comply with basic etiquette and their identities when making remarks," Wang Wenbin said on Tuesday.
The Philippine Coast Guard has revealed that despite repeated demands by Manila that Chinese ships leave Whitsun Reef, at least 240 Chinese vessels remained in the area and surrounding waters as recently as Wednesday.
In a statement on Monday, the Philippine Foreign Ministry accused China's coast guard of "shadowing, blocking, dangerous maneuvers, and radio challenges of the Philippine coast guard vessels."
On Sunday, the Philippines vowed to continue maritime exercises in its South China Sea EEZ in response to a Chinese demand that it stop actions it said could escalate disputes, CNN reported.
China claims sovereignty over almost the entire South China Sea and has overlapping territorial claims with Brunei, Malaysia, the Philippines, Vietnam and Taiwan.
China has been increasing its maritime activities in both the South China Sea and the East China Sea over the past few months, partly in response to Beijing's concerns over the increasing US military presence in the region because of escalating Sino-US tensions.
Beijing's rising assertiveness against counter claimants in the East and South Sea has resulted in unprecedented agreement across the Indo-Pacific. (ANI)