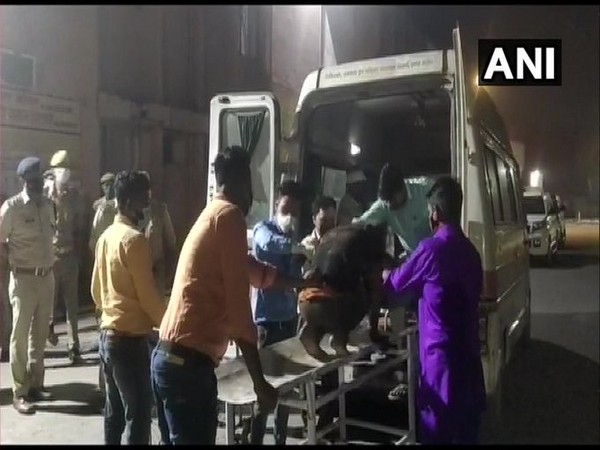 Besides, 31 were injured in the head-on collision between the bus and car in Puranpur area here, Pilibhit Superintendent of Police (SP) Jai Prakash said.
Uttar Pradesh Chief Minister Yogi Adityanath has announced an ex gratia of Rs 5 lakh for the next of the kin of the deceased, including the bus driver. He also issued directions for the proper treatment of the 31 injured admitted to the district hospital. District Magistrate Khare visited the district hospital on Saturday.
The pick-up car driver, who was among the injured, was referred to Bareilly from the district hospital.
"The bus was coming to Pilibhit from Lucknow, and the pick-up car was coming from Puranpur. As they collided at the borders of Puranpur town late on Friday night, the bus overturned in a nearby field and several people came under it. Some occupants of the pick-up car also received injuries in the accident," SP Jai Prakash told reporters here.
Meanwhile, a driver from nearby Sehramau police station, who went to the accident spot along with a police team, fell unconscious during the rescue operation. He was first taken to S S Hospital in Pilibhit from where he was referred to Bareilly, SP Jai Prakash said. (ANI)