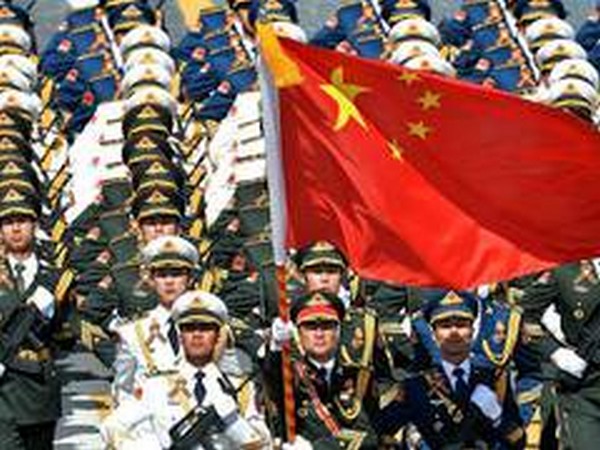 Washington DC [USA], July 1 (ANI): Disgruntled retired Army veterans and serving China's People's Liberation Army (PLA) cadres, who are hurt by the treatment meted out by the government, can form a formidable force capable of challenging the leadership of Xi Jinping and launch a collective and "armed" anti-regime action, said Jianli Yang, a Chinese dissident and son of a former Communist Party leader.

In an opinion piece in The Washington Post, Jianli, founder and president of Citizen Power Initiatives for China, writes that Beijing, which reels under the fear that the admittance that it had lost troops, that too more in number than its opponent, could lead to such major trouble and domestic unrest, that the very regime of the Chinese Communist Party (CCP) could be put at stake.
"The PLA has long been a key pillar of the CCP's power. If the sentiments of the serving PLA cadres are hurt and they get together with the millions of disgruntled veterans (which may be facilitated by those within the PLA who are already unhappy with Xi -- and there are thousands of them, such as those who were hurt by Xi's move to separate PLA from commercial activities), they could form a formidable force capable of challenging Xi's leadership," he writes.
"Significantly, the CCP leadership cannot afford to undermine the veterans' potential to launch a collective and armed anti-regime action. Hence, the continuing incidence of veterans' protests, despite significant coercive pressure and bureaucratic measures, is a source of intense anxiety for Xi Jinping and the CCP leadership," he adds.
Jianli cited the recent example of the recent face-off between Indian and Chinese troops at Galwan Valley, during which both sides suffered casualties.
When asked to confirm the number of casualties China had suffered in the recent clash in the Galwan Valley, Chinese Foreign Ministry spokesperson Zhao Lijian did not even acknowledge that there were casualties on the Chinese side, saying "I have no information to offer."
Yet again, when the question was posed the next day (June 23), Zhao avoided giving any details from the Chinese side, but was quick to retort that Indian media reports claiming that at least 40 Chinese soldiers were killed was "false information".
"Even a week after the incident, China has refused to publicly admit that there had been casualties on its side, while India paid the last homage to its martyrs with full state honours," Jianli states.
Jianli is of the view that at the root of this fear is the simmering resentment running in the hearts and minds of 57 million veterans of China's PLA.
He explains that veterans are holding frequent mass protests across China hoping to shame the government into recognising its obligation towards those who battled along the country's borders in the past.
"If this is the treatment meted out by the CCP regime to the martyrs of today, imagine the plight of PLA veterans, many of whom had participated in the bloody 1979 Sino-Vietnamese War or the Korean War. They have been holding frequent mass protests across China for years now, hoping to shame the government into recognising its obligation toward those who battled along the country's borders in the past," he says.
Jianli says the country which has the world's largest army, does not have a central agency to administer pensions and other benefits to its veterans. Resultantly, veterans are forced to depend on local governments for pensions, medical care and other basic benefits.
"However, due to wide disparity in the financial standings of the local governments, there is no standard or uniformity in what the veterans receive. After having given their youth and shed blood for the country, the veterans find themselves left by the CCP to the mercy of often corrupt local officials, making them feel like donkeys slaughtered after they are too old to work a grindstone," he adds. (ANI)