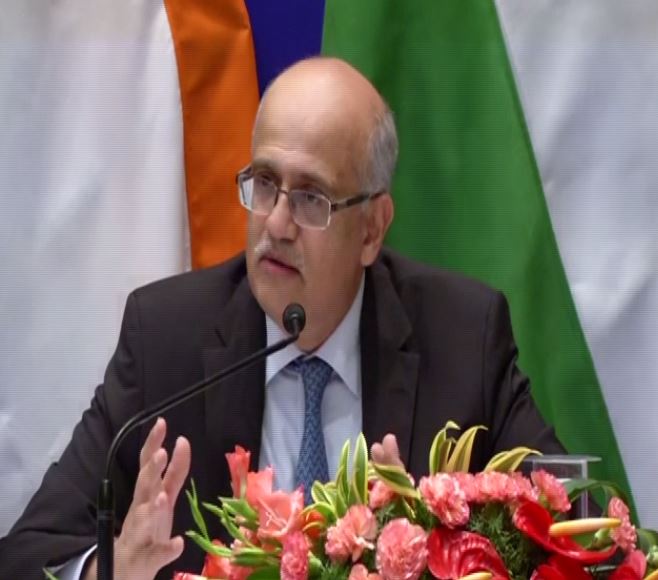 Addressing the media here, Foreign Secretary Vijay K. Gokhale said the two leaders held detailed discussions on their national visions as well as their government's priorities.
He said there were some discussions on trade-related issues and economic issues.
"They also spoke about other developmental priorities. In particular, there was some discussion on trade-related issues, on economic issues, on trying to identify areas of investment that the two countries could encourage and how to enhance trade volume and trade value. This obviously included the issue of trade deficit that exits and the unbalanced trade that exists, Gokhale said.
He said the Prime Minister explained that having been recently re-elected to a second term, he had received a renewed mandate for economic development.
"President Xi Jinping while acknowledging that the Prime Minister had got a mandate said he was looking forward to working very closely with the PM on all issues during the next-four-and-a-half years," he said. (ANI)