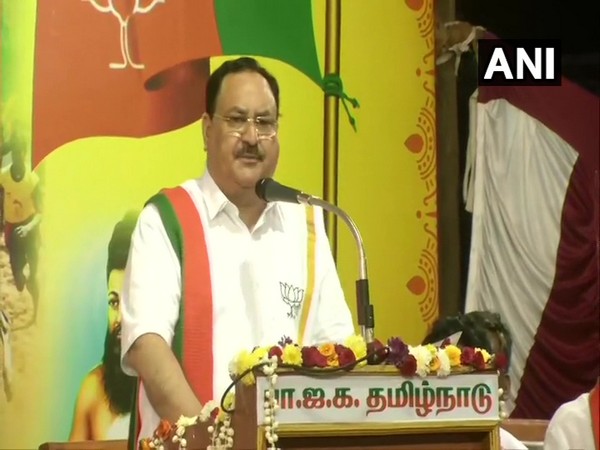 While addressing the party's Pongal celebration event here, Nadda also highlighted the benefits of the central schemes received by Tamil Nadu.
Wishing people on the Pongal festival Nadda said, "Tamil Nadu has a rich culture and it is a place of spiritualism 'bhakti'. It is a place where religious sentiments have been taken care of by religious leaders and saints. It is a big achievement for me to come here to celebrate the Pongal. This is a festival of farmers who have taken care of us and the whole country celebrates it. However, it has a special meaning in Tamil Nadu. It is a land of saints where I bow to the sages who have contributed to humanity."
BJP chief extended his Pongal greetings to the people of the State and eulogised saint-poet Thiruvalluvar at the United Nations and different parts of the world and country. "This is the pride and love he has for this state with a rich culture and heritage," Nadda said.
"Modi Ji has contributed and tried to see to it that the whole country goes forward but at the same time, he has also made sure that Tamil Nadu takes a big leap as far as development is concerned. I am not saying it for the sake of just saying. I am saying with example. The 13th Finance Commission during UPA-II gave Rs 94,000 crore to Tamil Nadu for the development. The 14th Finance Commission under PM Modi in NDA allocated the state Rs 5.42 lakh crore for the development," Nadda said.
"The Central government has allotted Rs 1,600 crore for the development of textiles and its industry, which finds a special place in Tamil Nadu. This is Aatma Nirbha Bharat, with an idea of 'vocal for local'," he added.
Highlighting the central government's schemes, Nadda said, "Around 36 lakh LED bulbs were distributed in Tamil Nadu under the UJALA scheme. The defence corridor that starts from Chennai-Coimbatore is also an economic corridor that will bring jobs and opportunities to the youth of the state. Rs 2,875 crore is being spent on Chennai Metro and Rs 3,267 crore is being spent on Monorail in the state. Under the AWAS Yojana, 5.36 lakh houses have been constructed for the poor."
"A total of 11 medical colleges and an AIIMS have been given to Tamil Nadu by the Modi government. Practically, every 3 Lok Sabha constituency will now have at least one medical college. PM Modi has been involved in a lot of development work in Tamil Nadu," he added.
Appealing people to join the BJP, Nadda said, "It is the BJP where the scientific development is taking place and thus, people from different walks of life are joining us. We invite everybody and we have to make sure that we as a mainstream party keep walking ahead in the state."
Nadda's visit to the state comes ahead of the Assembly polls which are due in Tamil Nadu in April-May 2021. The ruling All India Anna Dravida Munnetra Kazhagam (AIADMK) has announced to contest the 2021 Assembly elections in Tamil Nadu in alliance with the BJP. (ANI)