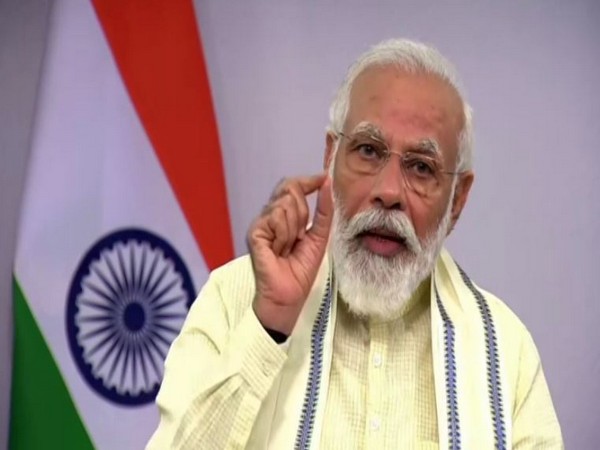 New Delhi [India], June 30 (ANI): Prime Minister Narendra Modi on Tuesday announced that his government will extend till end of November, the Pradhan Mantri Garib Kalyan Anna Yojana, under which foodgrains are being provided to the poor and needy.

"From July the festival seasons start, Guru Purnima will be celebrated on July 5. Following this, the month of Saawan will start. In this season of festivals, the needs and expenses of all increases. Keeping this in mind, the PM Garib Kalyan Ann Yojana has been extended till Diwali and Chatth Puja, i.e till the end of November," the Prime Minister said.
"The scheme will provide 80 crore people with free grains, will now be applicable in July, August, September, October and November too. The government, during these five months, will give each family member 5-kilogram wheat or 5 kilogram rice free of cost, apart from this each family will get free one kg of chana (chick peas) too every month," he added.
The Prime Minister further said that the extension of this scheme will require an additional expense of Rs 90 thousand crore.
"If we add the expenses incurred during the past three months then it totals to around Rs 1.5 lakh crore," he further said.
The scheme was announced by the Centre as part of the first rescue package during the COVID-19 pandemic. The scheme ends on June 30.
The scheme, announced for a three month period, covered 80 crore ration cardholders. Each household was provided 5 kg of food grains (rice or wheat) and 1 kg of pulses (only channa) free of cost. Already, 21 states -- both BJP-ruled and Opposition-led governments -- had appealed to the Centre to extend the scheme for another three months till September.
Earlier in his speech, the Prime Minister had urged citizens to follow all safety guidelines for protection against COVID-19 as the country enters phase two of the Unlock. (ANI)