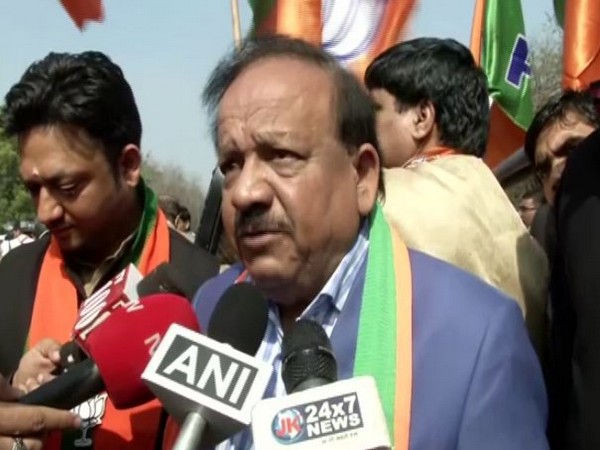 "Prime Minister is personally monitoring it. I am also in touch with the Kerala health minister on a regular basis," said Vardhan while talking to media persons here.
"For those returning from China, Thailand, and Singapore, we have ensured screening of the best possible nature. Even if you are put in the suspected category, put yourself in quarantine at home and isolate yourself in your home for two weeks," he said.
A second case of novel coronavirus in India was reported again this morning from Kerala, the state health minister K K Shailaja said today adding that the patient was being monitored in an isolation ward at the Alappuzha medical college.
The first case too had arisen from Kerala, three days ago.
The virus originated in Wuhan in December and has since then spread to various cities around the world. The confirmed cases of coronavirus in China have now surged past 14,000.
China has imposed quarantine and travel restrictions, affecting the movement of 56 million people in more than a dozen cities, amid fears that the transmission rate will accelerate as hundreds of millions of Chinese travel for the Lunar New Year.
Health authorities around the world are taking action to prevent a global pandemic as the virus continues to spread, with cases reported in Australia, France, the United States and seven Asian countries besides China.
Several countries including India have sped up the evacuation process after the World Health Organisation (WHO) declared the coronavirus outbreak as a global health crisis.
On Sunday morning, India evacuated 323 Indian nationals and seven Maldives citizens, from Wuhan in a special Air India flight. Earlier 324 Indians had been evacuated on Saturday too from Wuhan. (ANI)