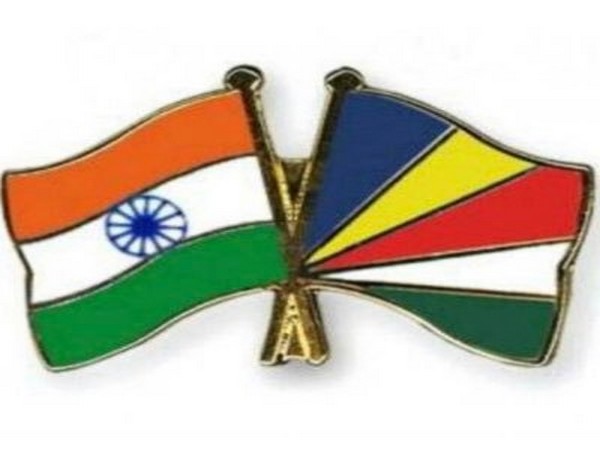 New Delhi [India], April 8 (ANI): Prime Minister Narendra Modi will on Thursday participate in a high-level virtual meeting with the President of Seychelles Wavel Ramkalawan and inaugurate a range of projects supported by India in Seychelles as part of New Delhi's Indo-Pacific vision.

This will be Modi's first interaction with Ramkalawan who came to power after a landmark victory in October 2020 elections in Seychelles. His party Linyon Democratic Seselwa has a two-thirds majority in the Seychelles national assembly.
President Ramkalawan is of Indian origin. He has his ancestral roots in Gopalganj district of Bihar. He visited India in January 2018 as a part of the PIO Parliamentarian's Conference and had also visited his native village 'Parsauni'. There are three ministers of Indian origin in his cabinet - Devika Vidot, Billy Rangasamy and Naadir Hassan.
Meanwhile, the high-level virtual event today will see joint-inauguration of the New Magistrates' Court Building in Seychelles, new naval ship, one MW solar power plant, 10 HICDPs (High Impact Community Development Projects).
The Magistrates' Court Building project is a landmark project and will help bring magistrate courts spread over different locations in Mahe into a single building. It is situated next to the Supreme Court of Seychelles built by Chinese assistance in 2013.
The vessel that will be inaugurated is a 48.9-meter fast-patrol vessel built by Garden Reach Shipbuilders and Engineering Ltd. (GRSE), at a cost of Rs 100 crore. The ship will be used for multi-purpose operations, such as patrolling, anti-smuggling, anti-poaching and search and rescue (SAR).
The FPV was delivered to Seychelles with the assistance of the Indian Navy on March 16, 2021, and will be handed over by the Prime Minister to the Seychelles Coast Guard during the virtual event.
Christened as 'PS Zoroaster', the FPV is the fourth ship to be gifted by India to Seychelles. The other vessels gifted by India include PS Topaz (2005), PS Constant (2014), Patrol Boat Hermes (2016).
These HICDP projects are aimed at implementing small people-oriented projects which contribute significantly towards the socio-economic development and improvement of local communities. Twenty-nine projects have so far been taken up for execution under the MoU.
The one MW solar project is in addition to the installation of solar systems at 146 government building rooftops and domestic households which has already been completed and commissioned.
During Prime Minister Modi's tour of Indian Ocean countries in 2015, Seychelles was his first destination after which he also visited Mauritius and Sri Lanka. This was the first Prime Ministerial visit to Seychelles after a gap of 33 years. PM Modi had pronounced India's vision of 'SAGAR- Security and Growth for All in the region' during this tour of the Indian Ocean countries.
External Affairs Minister S Jaishankar was the first foreign minister to visit Seychelles after the assumption of office by President Ramkalawan.
During his visit to Seychelles on November 27,28 last year, he carried a personal congratulatory message from PM Modi for the newly elected President of Seychelles.
Seychelles has also been one of the first beneficiaries of India's COVID-19 assistance.
Seychelles received over four tonnes of life-saving medicines including 50,000 HCQ tablets under Mission 'SAGAR' in May last year.
It was the first African country to receive 50,000 doses of Covishield vaccine doses from India on January 22 under India's Vaccine Maitri initiative. (ANI)