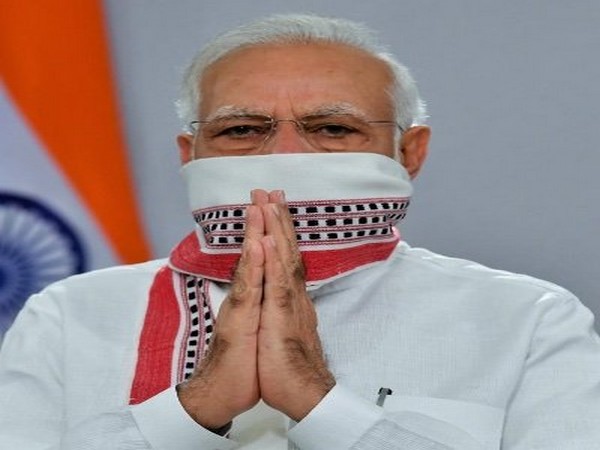 New Delhi [India], June 30 (ANI): Prime Minister Narendra Modi has worn `gamcha' in his last three addresses to the nation in the battle against coronavirus in an apparent message to people about the importance of the traditional Indian gear in covering the face.

He wore a gamcha with blue stripes on two sides in his address to the nation on Tuesday. The Prime Minister removed the gamcha from his face as he began his address and wore it around his shoulders.
He had worn gamcha during with different patterns his addresses to the nation on May 12 and April 14 also. On April 14, he addressed the nation wearing the `gamcha mask', which had a pattern of red stripes and black dots.
People associated with the production of gamcha said the Prime Minister's address had increased demand for the traditional Indian gear.
The Prime Minister's picture with the face covered by gamcha is on his twitter handle in a message to increase awareness about the need for covering the face to prevent the spread of COVID-19.
Prime Minister has addressed the nation six times from March 19 when he appealed for `Janta Curfew' as a step to prepare people for lockdown against cornanvirus. He wore a half-jacket in his first three addresses. (ANI)