PM Modi's 71st birthday today: A look back at his governance initiatives 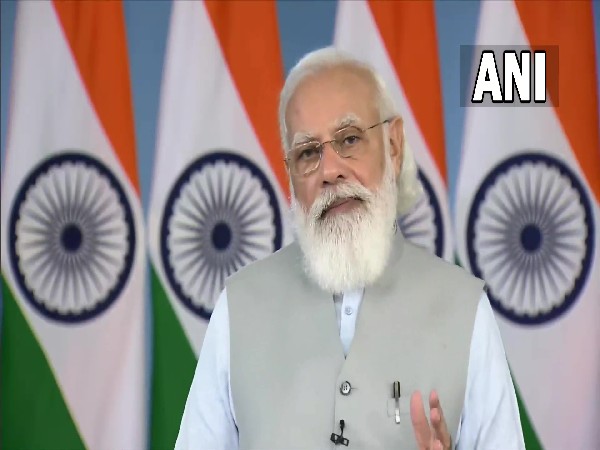 New Delhi [India], September 17 (ANI): Prime Minister Narendra Modi turns 71 on Friday and the BJP has drawn plans to make the day historic. While the party aims to create a record of maximum COVID-19 vaccine inoculations, it will also embark on 21-day "Seva and Samarpan" campaign.

PM Modi is into the third year of his second consecutive term as Prime Minister and has repeatedly emphasised the motto of 'Sabka Saath, Sabka Vikas, Sabka Vishwas' in governance.
He has sought to usher inclusive, development-oriented and corruption-free governance and also sought to bring speed in decision-making.
PM Modi was sworn-in for his second term on May 2019 after serving as the Prime Minister of India from 2014 to 2019. He is the first Prime Minister to be born after Independence.
He has also been the longest-serving Chief Minister of Gujarat with his term spanning from October 2001 to May 2014. He will achieve another milestone next month as he completes 20 years in public office on October 7.
He led the Bharatiya Janata Party to record wins in the 2014 and 2019 elections, securing an absolute majority on both occasions.
The BJP-led government under PM Modi has taken several welfare initiatives.
Ayushman Bharat is the world's largest healthcare programme which covers over 50 crore Indians.
There are over 35 crore Jan Dhan accounts opened as part of Pradhan Mantri Jan Dhan Yojana that aims bank accounts for every Indian.
Apart from insurance and pension cover to the most vulnerable sections of society, the JAM trinity (Jan Dhan- Aadhaar- Mobile) has brought transparency and speed and cut out delays and corruption.
The Modi government has brought pension schemes for various sections. Pradhan Mantri Ujjwala Yojana has provided smoke-free kitchens to over 7 crore beneficiaries, most of whom are women.
Nearly 18,000 villages that were without electricity even after 70 long years of Independence have been electrified. The government has a target of 'Housing for All' by 2022 and has sought to give focus to agriculture through schemes like PM Kisan Samman Nidhi, Soil Health Cards, E-NAM.
PM Modi launched 'Swachh Bharat Mission' in 2014 and the sanitation coverage has risen from 38 per cent in 2014 to 99 per cent.
The Modi government has sought to create next-generation infrastructure in terms of more highways, railways, i-ways and waterways. The UDAN (Ude Desh Ka Aam Nagrik) Scheme has sought to boost connectivity.
The 'Make in India' initiative launched by the Prime Minister seeks to give a rapid boost to manufacturing.
The Modi government has given a boost to digital transactions and sought to fund the unfunded through Mudra Yojana.
Apart from economic reforms across sectors and the rollout of GST, the Modi government has paid attention to India's rich history and culture.
India is home to the world's largest statue, the Statue of Unity, a fitting tribute to Sardar Patel.
PM Modi is espoused environmental causes and India is giving a massive push to renewable energy. As Chief Minister of Gujarat, PM Modi created a separate Climate Change Department. India has taken the International Solar Alliance initiative.
PM Modi has been honoured with the United Nations 'Champions of the Earth Award.'
He has also sought to bring a new approach to disaster management, harnessing the power of technology and the strength of human resources.
Giving an inkling to his foreign policy initiatives, PM Modi began his first term in office in presence of all Heads of States of SAARC Nations and invited BIMSTEC leaders at the start of the second term.
PM Modi has been conferred various honours including the highest civilian honour of Saudi Arabia Sash of King Abdulaziz.
He has been also been conferred the top awards of Russia (The Order of the Holy Apostle Andrew the First), Palestine (Grand Collar of the State of Palestine), Afghanistan (Amir Amanullah Khan Award), UAE (Zayed Medal) and Maldives (Rule of Nishan Izzuddeen). In 2018, PM received the prestigious Seoul Peace Prize for his contribution to peace and development.
Narendra Modi's call for marking a day as 'International Day of Yoga' received an overwhelming response at the UN.
PM Modi was born on September 17, 1950, in a small town in Gujarat. He grew up in a poor family and the initial hardships of life seem to have taught him the value of hard work.
In his initial years, he worked with the Rashtriya Swayamsevak Sangh and later joined politics working with the Bharatiya Janata Party organization at the national and state level.
PM Modi completed his MA in political science from Gujarat University.
Known as one of the most techno-savvy leaders, he has sought to use technology to bring change in the lives of people. He is very active on social media platforms.
He has authored several books, including poetry. He begins his day with Yoga.
The Modi government has plans for drinking water for all, roads, broadband connectivity to every village and education for all.
Various initiatives including Make in India, Digital India, Skill India, Fit India and self-reliant India are aimed at making New India. (ANI)