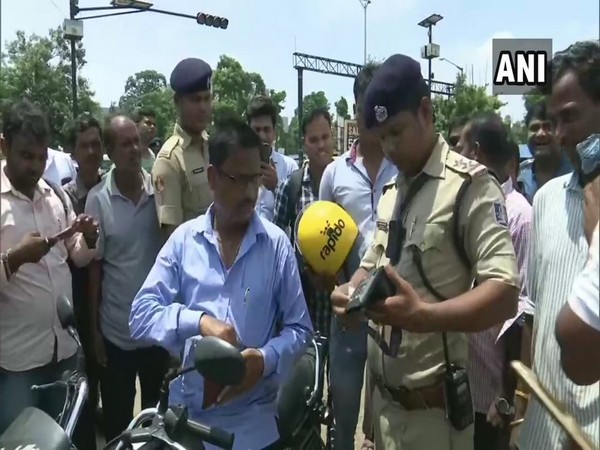 Bhubaneswar: Bhubaneswar-Cuttack Commissionerate police on Tuesday distributed helmet to the motorists who were penalised for not wearing helmets and also distributed 'Thank You' notes to bikers following traffic rules.

Talking to the media, DPC (traffic) Sagarika Naath said that the drive was aimed at spreading awareness among motorists about the new Motor Vehicle rules.

"We are carrying out this drive to spread awareness about the new traffic norms. Today, we decided to give the violators a helmet for free after they have paid the fine," Naath told reporters here.

When the bikers violated the law, we issued them challans but also gave them a helmet for free so that they can use it further, she added.

Naath said that the police were focusing majorly on only five types of traffic violations i.e. drunk driving, wrong-side driving, overloading, using a mobile phone while driving, and not wearing a helmet or seat belt.

The Motor Vehicles (Amendment) Act 2019 has increased several penalties under the Act, for example, the penalty for driving under the influence of alcohol or drugs has been increased from Rs 2,000 to Rs 10,000.