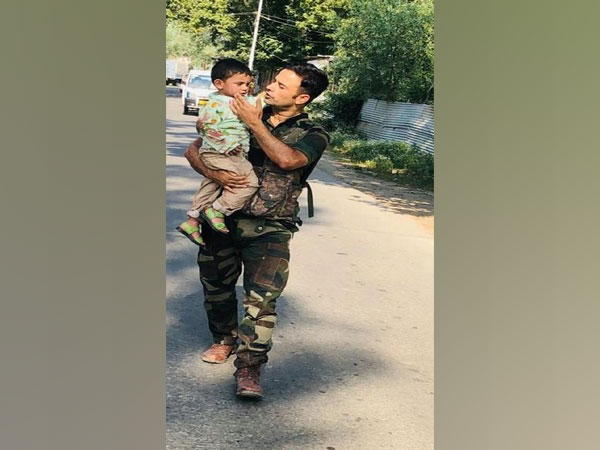 Sopore (Jammu and Kashmir) [India], July 1 (ANI): Police rescued a three-year-old boy from getting hit by bullets during a terrorist attack in Jammu and Kashmir's Sopore on Wednesday.

Earlier in the day, a Central Reserve Police Force (CRPF) jawan and a civilian lost their lives after terrorists fired upon a CRPF patrolling party in Sopore.
Two of the injured CRPF jawans are known to be in critical condition.
Three CRPF personnel were also injured in the attack, as per CRPF. (ANI)