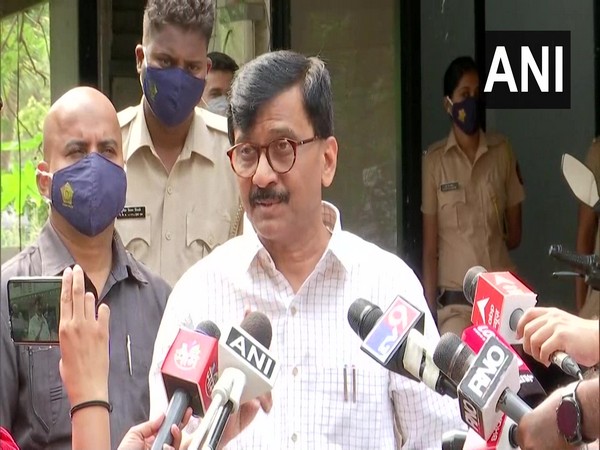 Mumbai (Maharashtra) [India], April 8 (ANI): After another Maharashtra Minister was accused of extortion in Sachin Waze's letter to the NIA, Shiv Sena MP Sanjay Raut on Thursday alleged that this was a "political conspiracy" to topple the MVA government.

Raut said, "There have been efforts from day one to topple the Maharashtra government. The faces of those who are trying to topple the government are coming to light. A new tactic has come to light wherein people who are in jail write letters...People in jail write letters and they are considered as evidence. This is substandard politics."
"This is a political conspiracy, I know Anil Parab, he can never indulge in such work. I can assure you that no Shiv Sainik can take a false oath in Bala Saheb Thackeray's name," he further said.
Waze had written a letter to the NIA claiming that Maharashtra ministers had asked him to illegally collect money for them.
Speaking about Union Health Minister Harsh Vardhan's allegation of misgovernance by the Maharashtra government's in tackling COVID-19 Raut said that rather than "pointing fingers at one another the State and Central Government should work together."
Harsh Vardhan on Wednesday accused the Maharashtra government of "misgovernance" in tackling COVID-19, saying that it has followed an "utterly casual approach" and is putting the residents in danger "by letting people escape institutional quarantine mandate for the sake of their personal vasuli". (ANI)