President's joint address shows how India has taken a big leap in areas of development: Nadda 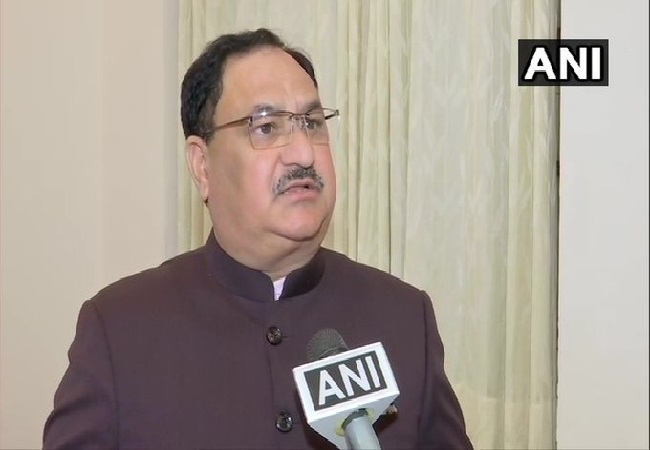 New Delhi [India], Jan 31(ANI): BJP president JP Nadda on Friday said that the joint address of President Ram Nath Kovind in the Parliament shows how India is rising under the dynamic leadership of Prime Minister Narendra Modi and how the country has taken a big leap in areas of development.

Speaking to ANI, Nadda said, "The President's joint address shows how under Prime Minister Modi, the country has made a leap forward in areas of development. The development was done for all and every sector was addressed. It has been inclusive and in totality."
"All important matters were addressed by the government like abrogation of Article 370 in Jammu and Kashmir and the Citizenship Amendment Act (CAA). Whether it is strengthing UAPA and POCSO and the bold decision of regularisation of unauthorised colonies in Delhi, all these issues were addressed," Nadda said.
"Under Modiji the country is moving ahead and will continue to do so which is reflected in the document," he said.
The BJP president further said, "It gives a picture of aspiration of the people of India and how it will be addressed by the Modi government. And how the roadmap has been set up to go for a 5 trillion dollar economy."
"How we are going to invest in infrastructure and how we are going to see that the development is done for every section of society," he said.
"I consider it as a positive document, and it also shows how India's image internationally has risen and how the world has started looking towards India," the BJP president added while speaking about President Kovind's address in the Parliament. (ANI)