Priyanka Gandhi slated to visit UP on Dec 6, 7 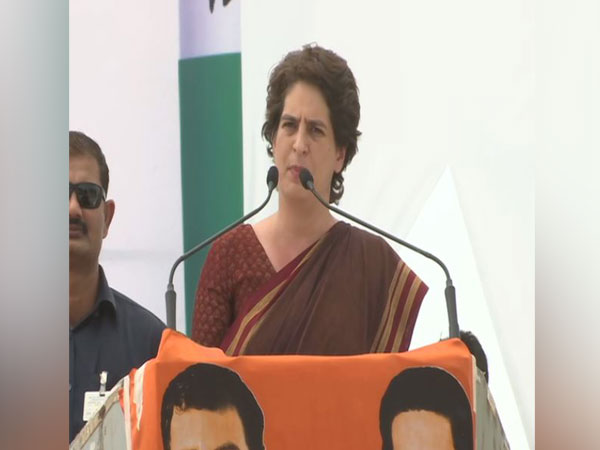 New Delhi [India], Dec 4 (ANI): Congress general secretary Priyanka Gandhi Vadra is expected to visit Uttar Pradesh on December 6 and 7 in connection with the preparations for the upcoming rally scheduled to be held in Ramlila Maidan in Delhi on December 14 over the economic slowdown in the country.

According to sources in the party, Priyanka Gandhi will be regularly visiting Uttar Pradesh from this month onwards to meet grassroot leaders in order to keep in touch with the existing ground reality in the state.
"Her visit on 6 and 7 will be regarding the upcoming December 14 rally. Afterward too, every month Vadra will spend at least 15 days in Uttar Pradesh to give strong direction to the party leaders," the source told ANI.
"Priyanka Gandhi Vadra wants to totally focus on Uttar Pradesh and give strong guidance to the party and she will be meeting leaders and workers of Uttar Pradesh Congress every month," sources added.
On December 14, there will be a demonstration at Ramlila Maidan in Delhi in which thousands of Congress workers from all over the country will participate in the demonstration against the anti-people policies of the Prime Minister Narendra Modi led Central government. (ANI)