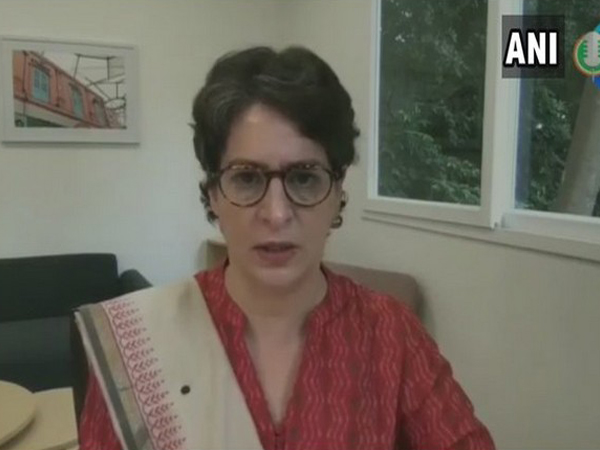 In a series of tweets, Congress leader said that workers are forced to live by pawning their jewellery and houses.
"UP Chief Minister called the Prime Minister and organised an event and claimed that lakhs of jobs are being provided to workers in the small and medium industries. But in reality, the weavers of Prime Minister's parliamentary constituency, which are the pride of Varanasi, are today forced to live by pawning their jewellery and mortgaging their houses," she said in a tweet (translated from Hindi). The senior Congress leader also attached a link of a news article on the weavers of Varanasi.
"During the lockdown, their work came to a standstill. The condition of small businessmen and artisans is very bad. Only a solid package of financial support, not propaganda, can get them out of this mess," she tweeted.
On June 26, Prime Minister Narendra Modi had launched "Atma Nirbhar Uttar Pradesh Rojgar Abhiyan", through video conferencing, in the presence of Uttar Pradesh Chief Minister Yogi Adityanath.
UP Chief Minister had said that over 1.25 crore migrant workers who lost their jobs due to coronavirus pandemic were likely to benefit from the initiative. (ANI)