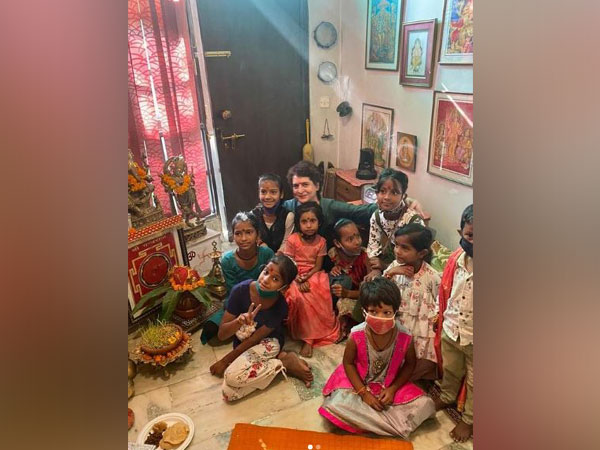 In an Instagram post, she shared some pictures alongside several delighted children.
Gandhi informed that she visited the house of her father Rajiv Gandhi's foster sister, who died due to COVID-19. "Panditji had brought her from Jammu. Her father worked as a watchman. She used to tie rakhi to my father and uncle. Indira Gandhi ji got her married," she wrote in her post.
"Going there brought back many old memories," she added.
Gandhi further said that the son of her father's foster sister had told her that it is his first 'Kanya Pujan' without the mother.
"Yesterday her son told me that he is doing 'Kanya Pujan' without her mother for the first time, so today I went to their house and did 'Kanya Pujan'," she said.
The celebrations of Sharad (autumn) Navratri involve worshipping Goddess Durga in her nine forms.
Shardiya Navratri begins from the first date of Shukla Paksha of Ashwin month, in which the divine forms of Maa Durga are worshipped for nine days.
However, this year Navratri will last only for eight days, which have started on October 7 and end on October 14. (ANI)