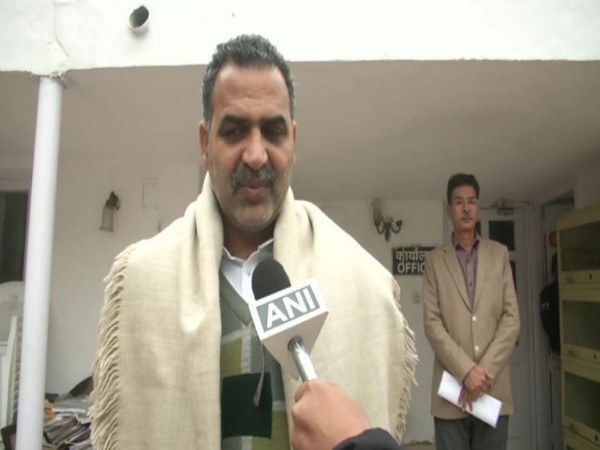 New Delhi [India], Dec 30 (ANI): Union Minister and Muzaffarnagar MP Sanjeev Balyan on Monday said that Priyanka Gandhi Vadra violated security protocols in Lucknow so that the media would show it on television.

"She violated the protocols so that the media would show it on television, otherwise she would not have done it," Balyan told ANI.
Earlier on Saturday, the Congress leader alleged that UP police stopped her and strangulated her in Lucknow while she was on her way to meet the family of former IPS officer SR Darapuri, who was arrested during anti-CAA protests.
Sanjeev Balyan further said that Samajwadi Party leader Akhilesh Yadav wants to stoke passions on the Citizenship Amendment Act (CAA) and National Population Register (NPR).
"Akhilesh Yadav wants to stoke passions on the CAA and NPR. He says that he will not fill up the NPR form. He is a former chief minister. He can fight in a peaceful way on public issues. He should not stoop to this level," Balyan said.
"All opposition parties understand the Citizenship Amendment Act. They want to get political mileage from the issue. They want to create instability," he added.
Samajwadi Party (SP) president Akhilesh Singh Yadav on Sunday said that the BJP cannot decide on anyone's citizenship and added that he will not fill up the National Population Register (NPR) form.
"No one from BJP can decide whether we are citizens or not. If the need arises, I will be the first one who will not fill any form, but the question is whether you will support or not. We will not fill the NPR form. What will you do? The NRC and NPR are against the poor and the minority.," he had said. (ANI)