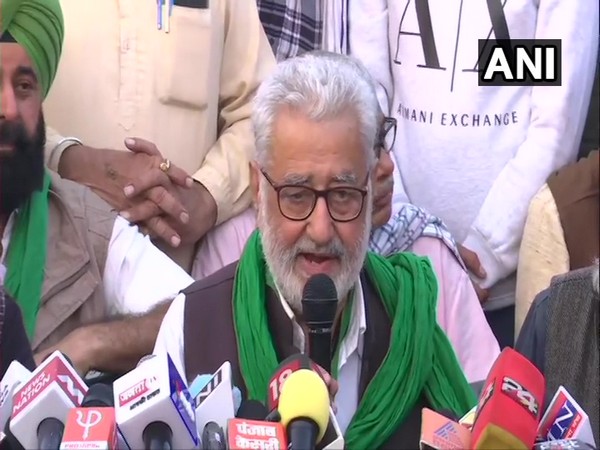 New Delhi [India], January 15 (ANI): Krantikari Kisan Union chief Darshan Pal on Thursday said that they will take part in the scheduled meeting with the central government on Friday concerning their demands on new farm laws.

He said they will decide on their next course of action on the government's response.
"We will go to tomorrow's meeting with the government. One committee member has already resigned which is a good thing," Pal said talking to ANI.
Eight rounds of talks have been held between the protesting farmers and government over their demand for the repeal of new farm laws.
The Supreme Court had on Tuesday stayed the implementation of three farms laws until further orders and formed a four-member committee.
Farmers have been protesting on the different borders of the national capital since November 26 against the three newly enacted farm laws - Farmers' Produce Trade and Commerce (Promotion and Facilitation) Act, 2020; the Farmers Empowerment and Protection) Agreement on Price Assurance and farm Services Act 2020 and the Essential Commodities (Amendment) Act, 2020. (ANI)