Proud of not ordering firing on kar sewaks in Ayodhya: Former UP CM Kalyan Singh 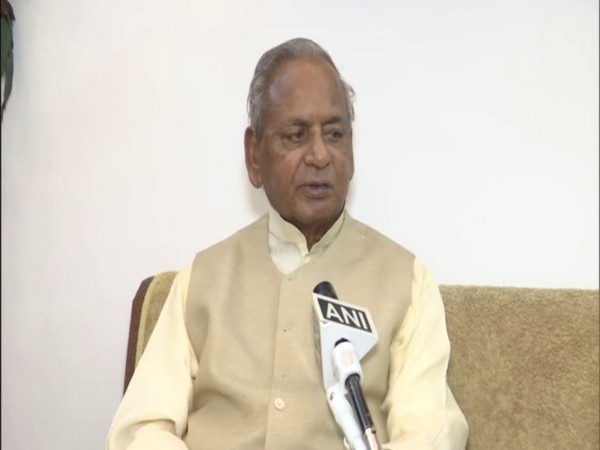 Lucknow (Uttar Pradesh) [India], August 1 (ANI): Former Uttar Pradesh chief minister and BJP leader Kalyan Singh said that he is proud of the fact that he, as the Chief Minister of Uttar Pradesh, did not order firing on kar sewaks who had assembled in Ayodhya in 1992.

"In 1992 when I was the chief minister, I had ordered that kar sewaks who had assembled in Ayodhya should not be fired at. The district administration of Ayodhya had written to me that four battalions of central forces were stranded near Saket College as the kar sewaks had assembled there," Singh told ANI.
"In the light of the situation that had developed in Ayodhya, I had then ordered in writing that firing should not be done at the three lakh kar sewaks and other ideas should be used to control them. I had made this decision because if there was firing then several people would have lost their lives. Since people had come from around the country, violence would have caused immense unrest in the state and the country. I am proud that no kar sewak was killed during that time," he added.
Kalyan Singh further said, "I have no regrets that the state government fell for the cause of Lord Ram as I have immense faith in him."
The former Uttar Pradesh CM said that the beginning of the construction of Ram temple in Ayodhya marks the fruition of a 500-year struggle for this cause.
"Bhoomi pujan for Ram temple in Ayodhya is going to be conducted on August 5 by the Prime Minister Narendra Modi. This is an occasion of immense pride and happiness for me. In 1528, foreign invader Babar's commander Mir Baqi had demolished the Ram temple and made the Babri Masjid in Ayodhya. This was not made for spiritual purposes but to humiliate the Hindus. The struggle continued for 500 years and after that, the temple is being made," he said.
The Prime Minister is scheduled to lay the foundation stone of the Ram Temple in Ayodhya on August 5, according to Mahant Nritya Gopal Das, the president of the Sri Ram Janmabhoomi Teertha Kshetra Trust.
The construction of Ram temple will begin in Ayodhya after the ceremony to lay the foundation stone in which Chief Ministers of several states, Ministers from the Union Cabinet and RSS chief Mohan Bhagwat are also likely to participate.
The apex court, on November 9 last year, had directed the Central government to hand over the site at Ayodhya for the construction of a Ram temple. (ANI)